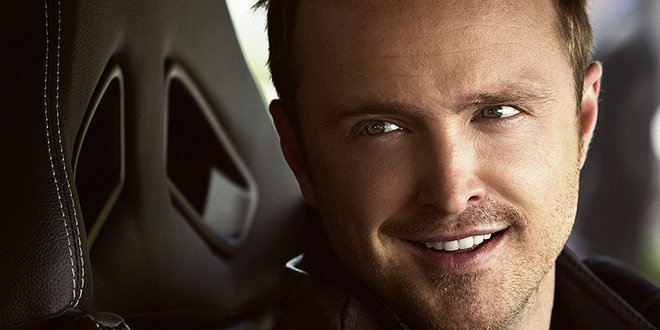 Ever since the popularity of video games skyrocketed in the 1980s, Hollywood has been trying to cash in on the craze by bringing well-known franchises to the big screen. While some adaptations have come close to getting it right (Silent Hill is probably the best), most video games movies have been absolutely terrible, with Super Mario Bros. and Street Fighter: The Movie serving as a shining example of what not to do.

With a well-documented history of failed projects, the expectations surrounding Need for Speed couldn’t be much lower – after all, it’s based on a decades-old franchise about illegal street racing, featuring a young cast that remains unproven at the box office – but what the film lacks in storytelling and character development is more than compensated for, thanks to the action behind the wheel.

Two years after being framed for the death of a friend, Tobey Marshall (Aaron Paul) is released from prison with revenge on his mind. His target is Dino Brewster (Dominic Cooper), the shady professional racer that put Tobey in jail and Tobey’s friend in a coffin. Taking down Dino will mean beating him at his own game, a top-secret race featuring the world’s most elite drivers, and hosted by the mysterious Monarch (Michael Keaton).

With less than two days to get from New York to California before the race begins, Tobey embarks on a cross-country trek that features plenty of jaw-dropping moments, made even more thrilling by director Scott Waugh’s insistence that all driving stunts be performed by real drivers in real cars. This adds an extra layer of tension that’s sorely missing from the Fast and Furious series (to which Need for Speed is destined to be compared), and the film’s best moments come courtesy of E-brake drifts, squealing tires, and near collisions.

Despite its paper-thin plot and many, many failed attempts at humor, Need for Speed still works thanks to the generous amount of high-octane action sequences, and the undeniable charisma of Aaron Paul. Skeptics may not have believed that Paul could distance himself from his Jesse Pinkman persona, but he delivers a strong performance that should put him on the radar for future action roles.

Need for Speed is one of the better attempts at translating a popular video game into a big screen experience, with the practical stunts and real-world action serving as a nice counterbalance to Fast and Furious‘s ever-increasing ridiculousness. Its silliness, predictability and over-inflated running time keep it from being a truly great movie, but it’s still a hell of a lot of fun.