Bart’s Top 10 Films You Haven’t Seen, But Definitely Should. 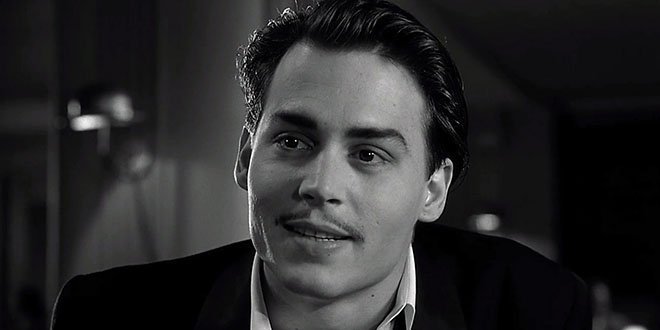 Sometimes there’s that movie you just missed when it came out. Maybe it was a low budget film that got zero press, or maybe it was an independent release that never played near you, or maybe it was so bad that it was actually good. Whatever the reason, there are some really good films out there that just don’t always get their due. Hence, my list of the top ten you need to see, regardless of genre, covering films from the 1930s to today.

Before The Walking Dead and Night of the Living Dead, United Artists unleashed the first cinematic zombies onto the world in the early 1930s with this tale of voodoo and revenge. Released during the height of his horror career, the films stars Bela Lugosi as voodoo priest Murder Legendre. With a name like that, how can a movie go wrong? Well, maybe the acting wasn’t the greatest, but we wouldn’t have zombies with blackened soulless eyes without it. The film never garnered the same attention as Dracula or Frankenstein, but its influence is still felt today. Dark and atmospheric, with a brand new 4K transfer headed to Blu-Ray (click the image to pre-order), fans of classic monster movies owe it to themselves to catch this one.

A B-movie with a B-list actor making fun of himself. Shot with the same tongue-in-cheek style of Evil Dead and Army of Darkness, Bruce Campbell stars as himself… sort of. A few teens in a small backwards mining town accidentally unleash an ancient Chinese god of the dead on the town. So what does Bruce Campbell super fan Jeff, one of the teens responsible for their predicament, do? He decides to kidnap the real Bruce Campbell in an effort to have him save the town from certain doom! A very similar plot to The Three Amigos, a case of mistaken identity that blurs cinema and reality that is just a very fun over the top comedy. If you have ever enjoyed any of Campbell’s work before, you will find plenty to enjoy here.

Directed by John Carpenter, starring Sam Neill, and based on a story by H.P. Lovecraft, this mid-nineties psychological mindfuck was almost universally passed over when it came out. Neill plays an investigator searching for a missing author, Sutter Cane, whose latest work is driving its readers crazy… literally. In his quest to find Cane, John Trent (Neill) finds himself transplanted from the real world to Cane’s world of fiction. Whether the madness is all in his head or he really has crossed over into some form of hell, watching Neill chew the scenery in this well-paced thriller is worth it.

Based on the bizarre and hilarious novel of the same name, John Dies At The End is an absolute wild ride of comedy, insanity, and trippiness about two slackers who take a drug called “soy sauce,” which imbues them with paranormal powers which they have to use to save the world from an otherworldly invasion. Dripping with sarcasm, would-be heroes John and David do just about everything to fuck up their chances to do the right thing. Paul Giamatti adds credibility to the film with his role as the whitest black man you will ever meet. While I would recommend you read the book before watching the film due to all the plot elements that never made it to the screen,  there’s still enough of the book’s heart left to make this one a soon-to-be cult classic.

This internet horror story, written and starring Dee Snider of Twisted Sister fame, is completely and utterly dark and twisted and all too plausibly real. Given our obsession with social media and technology, I’m surprised this film didn’t make a bigger impact, but it may have been a bit before its time. Snider plays Captain Howdy, a chat room prowler obsessed with torture and body modification. He uses his moniker to stalk and capture/torture/kill young girls that he meets in chat rooms. Elements of A Nightmare On Elm Street can be found in the script, but the graphic and intense scenes are much darker than anything Freddy partakes in!

Psycho, The Birds, Vertigo, and Rear Window are just some of the titles synonymous with Alfred Hitchcock, but one of my all-time favorites from the legendary director is one of his least recognized, Rope. Starring the ever talented James Stewart, this “inspired by true events” story is gripping and subtly intense. Two friends strangle a fellow classmate, then hold a party for family and friends with the body hidden in the room to see if they can get away with the perfect murder. The film plays heavily on the psychological state of the human mind and what it takes to kill. More than just the great acting and story telling, this is a master class in directing. Shot in real time and edited as one long continuous shot, few directors could pull off such a feat, much less in the 1940s. If you like Hitchcock, you simply must see this film.

The seventies were filled with blaxploitation and kung-fu films, and Black Dynamite attacks those genres with the same comedic intensity as Mel Brooks. No race  or stereotype is left unscathed by Black Dynamite‘s ass-kicking ways. Michael Jai White, star of the failed Spawn film (psst Hollywood, there’s a film you should remake), stars as ladies man, kung-fu master, former CIA agent, and all around bad motherfucker (and I don’t mean Shaft), Black Dynamite. Lots of action, nonstop one-liners, and a plot that goes all the way to the top, you can bet your sweet ass and half a titty that this film will have you laughing your ass off from start to finish.

Easily my favorite John Cusack film not named Better Off Dead. Critics loved it, fans loved it, but for some reason it never hit big at the box office. Cusack stars as hitman Martin Blank returning to his hometown of Grosse Point for both a contract kill and his 10-year high school reunion.  Chaos ensues when rival assassin Grocer (Dan Aykroyd) arrives on the scene, causing trouble for Martin as he attempts to reconnect with his old flame, Debi (Minnie Driver). A dark comedy to be sure, it has just the right amount of humor and story to keep the viewer engaged. In a morally challenged way, you really develop sympathy for someone who kills people for a living. Aykroyd’s over-the-top performance as the ruthless rival also helps, too. I saw this one back in the day when I was still working at the local video store. Every time I watch it, I feel I’m right back in the mid-nineties again.

In some ways, I suppose it’s appropriate that my list begins and ends in black and white films that feature Bela Lugosi (sort of). Before Johnny Depp was making ridiculous money for Disney, he and Tim Burton were making some of their best work together in the early nineties, and none better than this one. Not only is Ed Wood number one on this list, it is also in my top ten or fifteen movies all time. Loaded with tons of amazing actors (Martin Landau, Bill Murray, and Sarah Jessica Parker to name a few), this comedy (inspired by true events) is like a love letter from Tim Burton to the real Ed Wood. Often cited as the worse director of all time, Wood was passionate about writing and filmmaking regardless of how inept he was at doing it, and Depp’s imaginative performance conveys the childlike wonder he had for his art. Despite everything this film had going for it, somehow it bombed at the box office, and took years before it ever made its way to home video. If you haven’t already, sit down with a big bag of popcorn and the lights off, and watch Depp and Landau tell the tale of one of Hollywood’s weirdest movie-making friendships.