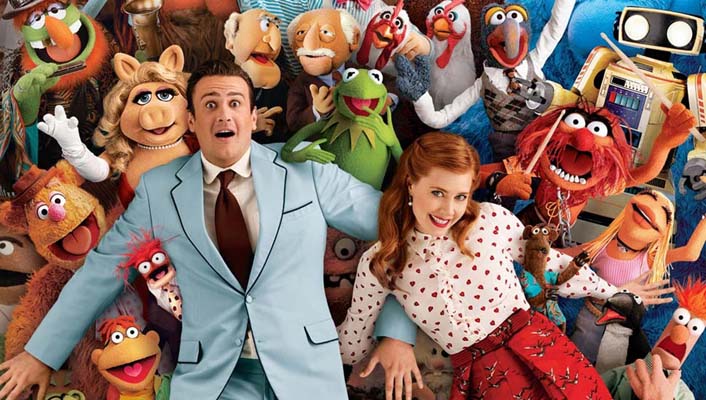 It’s been twelve years since the Muppets have been featured on the big screen, and with their last adventure (Muppets From Space) resulting in commercial failure, many have questioned whether the characters should be given another shot. I’m pleased to report that the answer to that question is a resounding “yes.”

Segel’s fast-paced, smartly written script wisely deals with the fact that the Muppets have been out of the spotlight for a long time by addressing the issue head-on, and the redemption that Walter seeks for his heroes echoes the same redemption that the film strives for. Just like Walter, this film is out to prove that the Muppets are timeless, and can still appeal to audiences of all ages and backgrounds.

The film features plenty of the slapstick action, absurd humor, and celebrity cameos that the series is known for. Kermit the Frog, Miss Piggy, Gonzo the Great, Fozzy Bear, and the rest of the group are every bit as loveable and endearing as they’ve always been, and there are some surprisingly emotional scenes for a film that only features a handful of human characters. The essence of The Muppet Show is perfectly captured, with plenty of references and inside jokes that longtime fans will enjoy, but even if you’ve never experienced the Muppets before, there’s something here for everyone.

Disney has a stellar track record when it comes to Blu-Ray releases, and The Muppets is no exception. The video transfer features an almost absurd level of detail, allowing the viewer to see the textures on each of the film’s non-human characters, and the huge variety of colors all seem to pop right off the screen. The surround sound track is also put to excellent use, and being able to hear the off-screen action adds a whole new level of immersion.

The bonus features include a “making of” featurette, as well as a blooper reel and screen test – all of which treat the Muppets as performers in their own right. You’ll also enjoy all the previously released “spoof” trailers for the film, a few deleted scenes, and an enjoyable commentary track that should give viewers a new understanding and appreciation for the amount of puppeteering work required for a film such as this.

The Muppets was one of my favorite films of 2011, and I’m pleased to report that Disney has put a tremendous amount of love and care into this Blu-Ray release. Aside from the incredible audio and video quality, you’ll also get a DVD version of the film, as well as a +digital copy and a voucher to download the film’s soundtrack. If you were unfortunate enough to miss The Muppets in the theater, then make sure that you get a chance to experience this version. You won’t be disappointed.