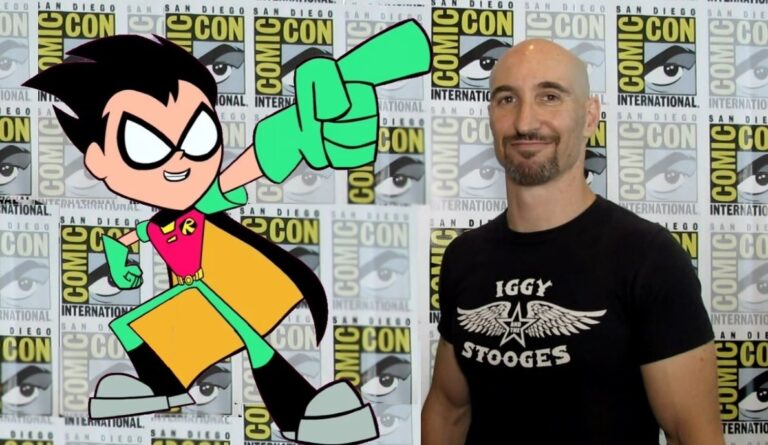 Teen Titans Go! is going all Gilligan’s Island with a special event starting tonight on Cartoon Network titled Island Adventure, and voice actor Scott Menville (Robin) is ready to have the Boy Wonder make some radios out of coconuts! The five-night/five-episode special event will the see the team of young superheroes stuck on an island with only themselves to stay sane – so obviously things do not go well.

We were in the press room for Teen Titans Go! at Comic-Con 2016, and the cast gave us some inside info on what’s to come. Scott Menville gave told us about playing the different versions of Robin and what fans should get excited to see this week in the 5-night special.

You can check out our interview with Scott Menville, the voice of Robin, via our YouTube page below:

Haven’t seen what Teen Titans Go! Island Adventure is all about? Check out Cartoon Network’s trailer below for some tropical wackiness:

Be sure to stay tuned to the Nerd Repository YouTube page for more interviews with the cast and crew behind this infectiously funny show starring the beloved DC Comics characters.

Teen Titans Go! features the return of Robin, Starfire, Raven, Beast Boy and Cyborg in all-new, comedic adventures. Character-driven comedy is the order of the day as this new take on the super hero series focuses on the funny business that happens between saving the world and living together as teenagers without adult supervision. They may be super heroes who save the world every day … but somebody still has to do the laundry! With the ability to turn into any animal or detach their robotic limbs, teenage pranks reach a whole new level. And even super heroes have to take Driver’s Ed. to get a license – especially after wrecking the Batmobile on an unauthorized joy ride to impress a girl!