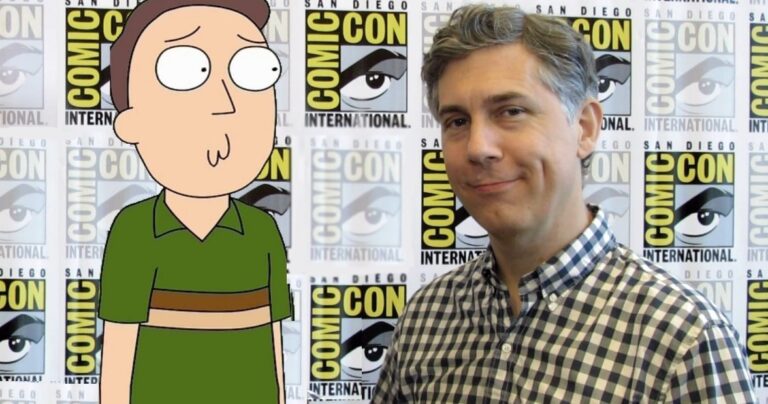 SNL alum Chris Parnell voices Jerry Smith on Adult Swim’s brilliant and warped animated series Rick and Morty. Jerry is the dim-witted father to Morty and Summer that can’t ever seem to ever catch a break or to pull off his “cool dad” act.

With Season 3 now in production, Chris joined us in the Rick and Morty press room at Comic-Con 2016 to tell us what Jerry is up to in the highly anticipated third season – which sounds like we’ll see Jerry and Rick’s mutually antagonistic relationship find some sort of middle ground with a potential team up.

Check our interview with Chris Parnell, the voice of Jerry on Rick and Morty, at Comic-Con 2016 via our YouTube page below:

Adult Swim also gave fans their first preview of the upcoming Season 3 during the Rick and Morty panel at Comic-Con 2016 featuring the cast and creative team. While its unfinished animation, it’s still a hilarious and awesome look at some new Rick and Morty.

Check it out via Adult Swim’s YouTube page below:

After missing for nearly 20 years, Rick Sanchez (Justin Roiland) suddenly arrives at his daughter Beth’s (Sarah Chalke) doorstep looking to move in with her and her family. Beth welcomes him with open arms, but her unremarkable husband Jerry (Chris Parnell) isn’t too thrilled about the tearful reunion as Rick’s arrival serves to shake things up quite a bit around the household.

Rick converts the garage into his personal laboratory and gets to work on all sorts of dangerous sci-fi gadgets and contraptions. That wouldn’t be so bad if not for the fact that Rick continues to involve his grandchildren Morty (Roiland) and Summer (Spencer Grammer) in his insane adventures.