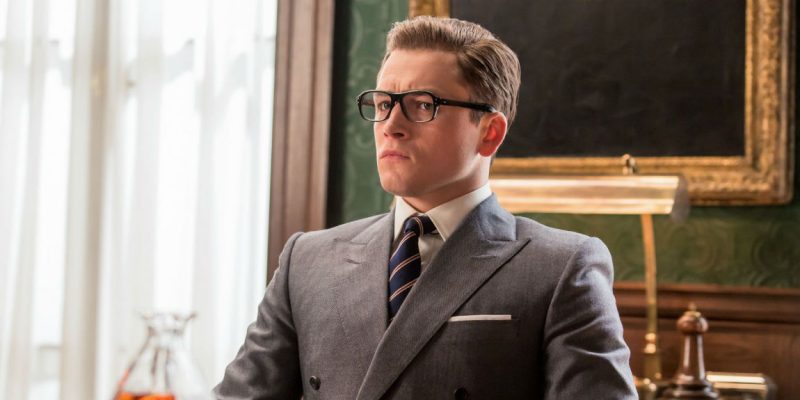 Kingsman: The Golden Circle is the second movie in as many months to boast Channing Tatum affecting a good ol’ boy Southern drawl and a prominent appearance by John Denver’s “Take Me Home, Country Roads” on the soundtrack. The other was last month’s hilarious heist comedy Logan Lucky, and unfortunately only the latter film is worth a trip to the local multiplex, as this return to the Kingsman series is a bloated, boring, painfully unfunny disaster.

Opening with a high-speed car chase that’s more ridiculous than anything from the previous film, The Golden Circle finds Eggsy (Taron Egerton) fending off an assault from rejected Kingsman applicant Charlie (Edward Holcroft), who we assumed had perished during the previous installment’s explosive finale. Instead, Charlie is back with a short haircut and a bionic arm, which he uses to hack into the agency’s network and expose the home addresses of its members. A few missiles later, and the entire Kingsman organization has been wiped out, save for tech wizard Merlin (Mark Strong) and Eggsy himself.

The mastermind behind the group’s extermination – and Charlie’s new boss – is Poppy (Julianne Moore), the saccharine-sweet leader of a massive drug cartel, issuing commands from a remote base in the mountains of Cambodia. Dubbed “Poppyland,” the lavish accommodations include a 50s-style diner, a bowling alley, a movie theater, and an entertainment venue where Sir Elton John (being held against his will) performs nightly amid humorously profane outbursts at his captors – the revered musician is Poppy’s favorite, as evidenced by a pair of robotic watchdogs affectionately named Bennie and Jet.

Invoking a “doomsday protocol” that turns out to be a fifth of Kentucky bourbon, Eggsy and Merlin are eventually introduced to Statesman, an intelligence organization operating from the headquarters of an enormously successful whiskey distillery. Their agents sport ten gallon hats and cowboy boots instead of loafers and bespoke suits, and rather than being named for the Knights of the Round Table, the Statesman monikers are drawn from various alcoholic beverages – except for Halle Berry’s wide-eyed quartermaster, Ginger Ale. Grinning like a Texas oil tycoon, Jeff Bridges portrays grizzled veteran Champagne (Jeff Bridges), who prefers to be called Champ, and Game of Thrones favorite Pedro Pascal shows up as Whiskey, a mustachioed rancher type whose lasso skills are positively lethal. The aforementioned Tatum is completely underutilized as bad boy agent Tequila, who appears for a brief scuffle before getting sidelined for most of the film – he probably has less screen time than Sir Elton.

The friction between the refined Kingsman agents and their rootin’ tootin’ American counterparts makes for a few good laughs, but like most of the new ideas in The Golden Circle, it’s frequently overshadowed by repeated attempts to rehash or replicate material from the previous film. A lascivious sexual offer made by Swedish princess Tilde (Hanna Alström) during the finale of Kingsman: The Secret Service is referenced multiple times here, eliciting zero laughs in the process, and every action sequence is modeled after that film’s frenetic “church massacre,” with director Matthew Vaughn using a cannon blast of CG to simulate an unbroken camera shot as his characters engage in preposterously acrobatic fight choreography. Repeating this trick might have been a welcome callback if used only once, but when repurposed for no less than seven different sequences, it wears thin pretty quickly.

Excess is the name of the game in Kingsman: The Golden Circle, from an excessive reliance on CG that leaves significant portions of the film looking glossy and unnatural, to excessive usage of sexual humor (including a shockingly graphic moment involving a tracking device), to an excessive 141-minute running time. Absurd though it may have been, the first film still felt grounded enough to be accessible, but the sequel is little more than a cartoon, where the laws of gravity, time and space, and even death itself are no longer applicable – hence the return of Harry Hart (Colin Firth), shot in the face at point-blank range when last we saw him, yet inexplicably alive and well. If such a fate can be overcome as breezily as portrayed here, there’s no longer any sense of danger, thus lowering the stakes to the point where they become irrelevant and inconsequential.

What we’re left with is a chaotic assembly of gadgets, gunshots, and idiocy, through which the ever-charming Egerton struggles mightily to hold it all together, and very nearly succeeds. Had this been a 100-minute affair with a much sharper focus, The Golden Circle may have been a worthy follow-up to its predecessor, but as it stands is little more than a “greatest hits” playlist that affords us the opportunity to see a feather-clad Elton John swear profusely and beat up a few henchman. At least that’s something, right?

Movie Review: ‘Battle of the Sexes’