Movie Review: ‘The Edge of Seventeen’ 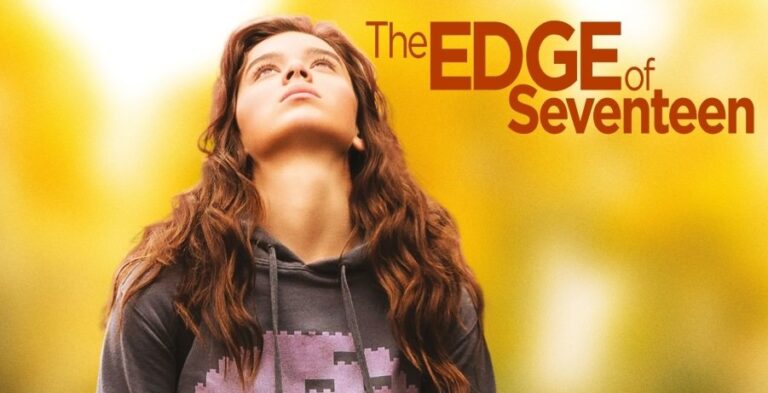 Hollywood is no stranger to films about the troubles of high school – it’s a battleground of loneliness, hormones and zit cream. In theory, The Edge of Seventeen sounds like just another spoke in the wheel but in reality is so much more than its genre and is overflowing with tremendous performances, unflinching humor and most importantly: a big stinkin’ heart.

Nadine only finds solace in her lunch time rantings to one of her high school teachers Mr. Bruner, played deadpan and note-perfect by Woody Harrelson. To say he’s a scene-stealer in this film opposite Steinfeld’s performance is truly a huge compliment to his work in The Edge of Seventeen, because I can’t say enough good things about both actors.

Forget Amy Schumer, Hailee Steinfeld is now the funniest actress working in Hollywood with no qualms about getting a bit raunchy with her humor. She is an absolute riot in this film, delivering hilariously crafted one-liners and scathing insults with sincere conviction that feel every bit authentic. Steinfeld is a revelation in not only the humorous scenes, but is heartbreakingly real in the film’s numerous emotional moments – usually punctuated by some extremely awkward scenarios.

The Byrd family loses their father at an early age and the family dynamic of The Edge of Seventeen is one of the most touching and realistic aspects of the film. Kyra Sedgwick is Mona, Nadine’s mother, who is loving but also aloof and lost since the death of her husband. Sedgwick is spot-on with her frazzled, confused portrayal of a mother that leans too hard on one child for support and can’t seem to connect with the other one.

The supporting cast all hold their own as well with a wonderfully awkward and sweet performance from Hayden Szeto as Erwin, Nadine’s classmate that is obviously infatuated with her but she doesn’t quite reciprocate. Blake Jenner as her Captain America-like older brother also manages to avoid being one-note with a pleasant surprise of a performance that shows that everyone struggles with who they are and their responsibilities.

Additionally, the bubbly, adorbs Haley Lu Richardson may not have as much to work with story-wise when compared with the rest of the cast, but her general charm and likability give Krista a level of empathy that might have been lost with a lesser performance in the role.

This superb film has scenes that will make audience squirm, laugh out loud, cringe and cry yet still leave the theater with a huge smile on their faces. The Edge of Seventeen is an instant “high school dramedy” classic with an enormous heart and understanding of the time in everyone’s lives and is one of the best comedies and overall films of the year.

Teenage angst has never been this good. Top-to-bottom one of the most hilarious and heartfelt movies of the year with truly outstanding performances from both Hailee Steinfeld and Woody Harrelson.