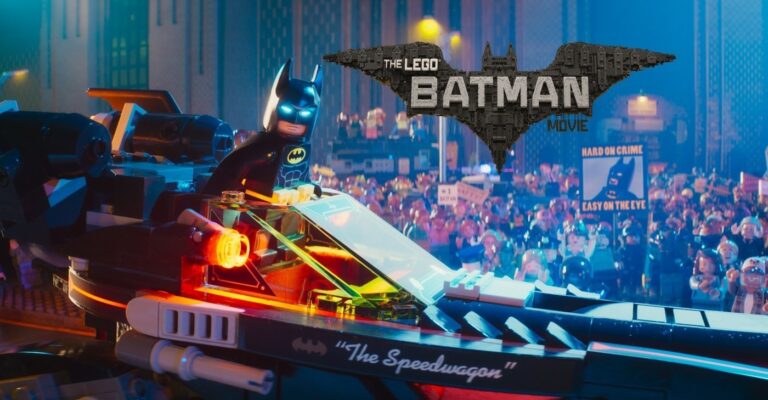 After the surprising critical and financial success of The LEGO Movie, at first glance its spin-off The LEGO Batman movie might seem like somewhat of a cash grab. Sure, the Will Arnett-voiced Caped Crusader was a breakout character in that film, but was a spin-off necessary before audiences even get a straight-forward LEGO Movie sequel? The answer is definitively: Yes!

The LEGO Batman Movie is so much better than expected as not only a gushing love letter to the long history of Batman, but will be extremely tough to beat for the most enjoyable family film of 2017. The film opens with an insanely busy and equally incredible action sequence featuring just about every Batman villain you can remember – and quite a few you probably didn’t even know existed. Everything is animated in the same blocky style as The LEGO Movie, but somehow this film looks even more beautiful.

The opening finishes up with a hilarious musical number and the stage is set for an enormously fun film that works on almost every level. From there, we’re introduced to Michael Cera’s Robin (the Dick Grayson version) who is much nerdier and awkward than fans have seen before. His character was the most concerning based on the early marketing and trailers, but Robin is a key part in what gives The LEGO Batman Movie the much-needed heart that makes it worthy of the LEGO film franchise name.

Rosario Dawson also brings her considerable voice acting skills (she voices Wonder Woman in the DC Animated Universe continuity) to an older Barbara Gordon that is tasked with replacing her father as Commissioner. Arnett and Dawson have good chemistry as the characters butt heads on how to handle the Joker’s (Zach Galifinakis) mysterious threat. But since this Barbara is older, Batman also has a bit of a crush on her, which makes for some humorous out of character moments for Bats.

The LEGO Batman Movie has such a deep and talented voice cast that for sake of this review I can’t go through all of them, but a few standouts include the inspired choice of Ralph Fiennes as Alfred Pennyworth, Batman’s loyal butler and father figure. They can cast him as a live-action Alfred any day, although the odd choice to have Eddie Izzard play Lord Voldemort (spoiler!) and not have Fiennes reprise the role is a bit baffling. One of my other personal favorites is Billy Dee Williams finally getting to play Two-Face, decades after playing Harvey Dent in Tim Burton’s Batman from 1989, although Two-Face didn’t have enough lines in this film for my tastes.

The film is also wonderfully deep in its character roster that sees numerous DC characters return from The LEGO Movie, including the always funny dynamic of Channing Tatum as Superman and Jonah Hill as Green Lantern. Not only that, but key elements of the story go further into the DC Lego universe and open the door for numerous terrific cameos from characters from multiple other non-DC franchises. Sadly, no Emmett, Wildstyle or any other real connection to The LEGO Movie is made during The LEGO Batman Movie.

There’s not much to take issue with in this film, and while it might not reach the greatness of The LEGO Movie, it’s not far off and any fan of Batman will sit in wide-eyed wonder with a big smile on their face from start to finish of The LEGO Batman Movie.

A pure rush of fun and adrenaline wrapped up in a giant love letter to the history of Batman culminate in this for all ages instant classic that is worthy of the LEGO film franchise name.