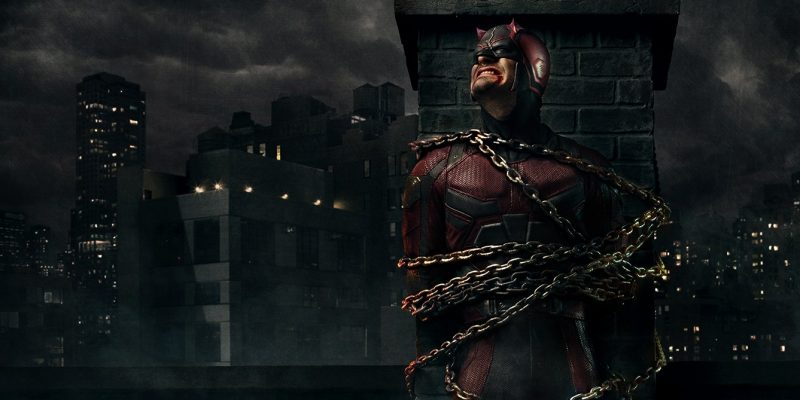 Marvel’s Daredevil had the luxury of going into its first season with low fan expectations – due to the previous film version – and the added element of surprise when viewers found its complicated characters and excellent performances. Now with all eyes on the show for its highly anticipated Season 2 and a behind-the-scenes creative team shift, fans have been wondering if Daredevil can live up to the new expectations.

Allow me to be Father Lantom to your Matt Murdock – I’m here to guide you on your path and inspire your faith that Marvel’s Daredevil Season 2 is just as good as your prayers had hoped. Netflix and Marvel were kind enough to provide us with the first seven of the thirteen one-hour episodes that make up the second season and needless to say, we were impressed.

Let’s just get right down to it: You want to know about The Punisher (Jon Bernthal), right? Of course you do. While we can’t reveal any specific plot details, Bernthal was born for this role. The iconic Marvel Comics character Frank Castle aka The Punisher isn’t exactly a stretch for Bernthal, having played similar characters in Fury and The Walking Dead, but the talented actor nails the grim focus and unhinged nature of the murderous anti-hero.

Season 2 moves along at a quicker pace than Season 1, and the introduction to iconic characters like The Punisher and Elektra (Élodie Yung) really spice up the early episodes. Speaking of the lady in red, fans should be quite pleased with this extremely faithful incarnation of the character, as Yung is visually ripped from the panels of a Frank Miller comic. She looks the part and plays it with confidence, seduction and dangerous intrigue. Oh, and she can kick ass too. Naturally. There’s real, palpable chemistry between Yung and Cox, and whenever they’re onscreen together there’s an air of danger along with a feeling of a loss of control – for both characters.

But this isn’t The Punisher and Elektra team-up show (yet… hmm…), it’s Marvel’s Daredevil – so how is ol’ Hornhead this time around? Charlie Cox is as superb as ever in his portrayal of Matt Murdock. Not only has he really settled into the role, solidifying himself as Daredevil much in the same way that Robert Downey Jr. is Tony Stark, but both the actor and the character have gotten noticeably better at their jobs.

Daredevil himself was having a lot of Year One-type issues during the first season, but the hero has become much more sure of himself when we pick up with Season 2. Sure, he still carries around plenty of Catholic guilt and he still gets the bejeezus pounded out of him, but he unleashes hell on the bad guys like a man possessed. He’s gotten good at what he does, most notably with an improved mastery of those iconic batons.

That aforementioned ass kicking does include an incredible fight sequence early on that was clearly meant to top the insane hallway fight from Season 1. I don’t think I will praise it quite that high – it’s close – but the ante is definitely upped in this sequence, and the choreography and carnage are undeniably badass.

But even more impressive is the dialogue-only scenes between Cox and Bernthal, which come across more riveting than the punches and explosions. The episodes definitely slow down when necessary, and the scripts really capture the essence of each character, allowing Cox and Bernthal to run with the material and create gripping, emotional – even desperate – conversations between two men, both trying to find retribution. These moments are wonderfully true to each character, and just fascinating to watch.

Foggy (Elden Henson) and Karen (Deborah Ann Woll) are also up to dangerous activities while attempting to keep the law firm of Nelson & Murdock afloat amidst a growing gang war and a budding mystery surrounding the origin of The Punisher. Foggy gets the most improved award over Season 1, and the viewers that took such umbrage with the actor/character last season (I wasn’t one of them), should at least find him more palatable this time around.

If the first seven episodes are any indication, Marvel and Netflix have done it again with Marvel’s Daredevil Season 2. The incredible fight choreography, brutal violence and complex characters are all back in a finely-tuned first half of its sophomore season.