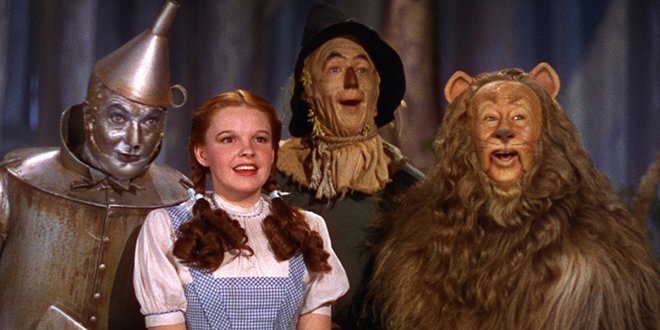 Let’s face facts, a good idea is a good idea. Since Hollywood seems to be full of a lot of shitty ones lately, why not revisit some of those really good ideas, and update them for today’s audience? Now, I’m not one of those people who always finds themselves doing backflips over remakes, but when done correctly, I can get behind them. I’m also not one of those people that believes a film is so sacred that it cannot be reimagined, as you’ll notice one of those films made my list. So Hollywood listen up, my services are available, and here are five films I think are ripe for a remake.

Why Hollywood hasn’t raided the entire Chuck Palahniuk catalog is beyond me. 1999’s Fight Club is one of my all-time favorites, but the next Palahniuk-based film fell short of its predecessor. Written for the screen and directed by Agent Coulson himself, Clark Gregg, this story of a sex addict (Sam Rockwell) with mother issues and a compulsion to choke in public places as a means to connect with those who save him just didn’t quite hit the mark of the novel it was based on. Rockwell is very enjoyable as the lead, and the supporting cast is talented, but I struggle to watch or read anything from Palahniuk without picturing Edward Norton as the lead. For that matter, why not cast him and let David Fincher direct the remake as well? Sounds like you’d have the next big cult classic on you hands.

A classic, low budget black and white horror film from the early sixties that screams for a proper remake far better than the one attempted in the mid-nineties. The plot is centered around a car accident that kills all but one young girl, who leaves the town to put the tragedy behind her, only to slowly descend into madness. With the right director, this film could be as unnerving as Sinister and as haunting as The Conjuring. Evan Rachel Wood would be perfect as the introverted survivor Mary, but you’d have to do this one in black and white, with maybe a splash of color (a la Sin City) to create contrast. In the right hands, this could easily be a modern horror phenomenon.

A comic masterpiece featuring one of Chevy Chase’s most hilarious roles. At one point in time, Kevin Smith was attached to tell the story of Irwin Fletcher’s early years becoming the greatest investigative news reporter of all time, and Jason Lee was attached to star. Plenty of time has gone by, so let’s just reboot the whole thing. Lee’s probably a bit too old at this point, so maybe bring in Ryan Reynolds, if anyone has seen him since the bomb that was Green Lantern. A modern treatment wouldn’t need to be made overly offensive or R-rated, just a good wholesome comedy. Throw in a cameo by Chase, and you could have a hilarious remake on your hands.

Creature From The Black Lagoon (1954)

One of the few remaining Universal Classic Horror films yet to be remade, and long overdue. With the potential success of the latest Godzilla re-imagining and the near perfect Super 8, maybe audiences are ready for more monsters on the big screen. At one point Rob Zombie was rumored to be interested in such a remake, since the original is one of his favorites, but as much as I love Zombie, I don’t think he’s the right fit for the creature. A new version would need to be a period piece to maintain the believability, since modern technology would make finding such a beast much easier. Unlike the original, this one would need the color treatment. Beautiful vibrant colors of the Amazon juxtaposed with the threat of man invading its territory? Sold. The moral conundrums of the film could really be fleshed out in the right hands, and with a few CGI improvements to the creature, you’ve got the right recipe for a new visit to the lagoon.

If I have yet to piss anyone off, that’s probably about to change. Oz has been one of those films that many have classified as sacred and untouchable, along with such titles as Citizen Kane and Gone With The Wind. But why? If you don’t like the idea of a remake, don’t watch it. Audiences loved Oz The Great and Powerful, and it certainly wasn’t a bad film. People are still reading the source material today, along with the rest of L. Frank Baum’s work, so why not go back to the original? Sam Raimi’s direction showed us that it’s possible to incorporate CGI and the imagination of Baum into one believable adventure. Why not make the next adventure an update version of Dorothy’s journey. There’s giant money to be made down that yellow brick road. Disney has done a nice job putting the right people in charge of adapting well-known properties: look at the success of the Marvel films, the revitalizing of the Muppets and the upcoming Star Wars projects. You don’t need the brains of the Scarecrow to figure out the time is now to remake Oz. We know how the Wizard got there, now tell a spectacular version of his trip back home, and bring it full circle.

So there you have it, folks. Questions? Comments? Hatred and vitriol? Leave it all below.