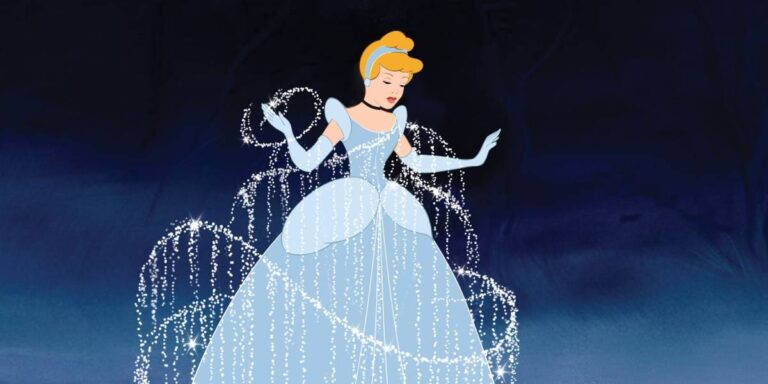 Disney may be enjoying the box office success of the updated Aladdin, but the House of Mouse still known how to monetize their classic catalog. This week brings the release of Cinderella: Anniversary Edition, the ninth entry in the Walt Disney Signature Collection. Much like last summer’s release of Peter Pan, the studio has recycled the audio and video transfers from the previous Diamond Edition and supplemented the disc with a few new extras.

As with other remastered classics from Disney’s early days, the digital restoration of Cinderella offers a pristine image, with grain removed and colors re-balanced to ensure it hews as closely as possible to the original animation cels. The high definition image also allows for new appreciation of the texture and detail in the painted backgrounds, and the film has never looked more vibrant.

The most interesting addition among the new special features is In Walt’s Words: The Envisioning of Cinderella, a feature-length audio commentary that boasts voice actors recreating meetings between Walt Disney and his story team, using official transcripts. There’s also a picture-in-picture element that showcases storyboards, concept art, original pencil animation and more, all displayed as the film plays.

Many of the extras from the Diamond Edition have been ported over to this release, with the glaring omission of deleted scenes and early recordings of songs that ultimately weren’t used in the final version of the film. For buyers trying to choose between Cinderella: Anniversary Edition and the previous Diamond Edition release, the choice really comes down what special features you’d prefer to have access to — unless you’re a collector, like myself, and don’t mind having two copies of the same film on your shelf.

See below for the full list of bonus features, and click the image to purchase Cinderella: Anniversary Edition from Amazon.

NEW BONUS
Try This Trivia on for Size –Join Ruth Righi and Ava Kolker from Disney Channel’s Sydney to the Max and put your knowledge of Cinderella to the test.
In Walt’s Words: Enhanced Edition – Watch the movie and gain some insight into its production with storyboards, archival photos, sketches and transcripts.

MUSIC AND MORE
“Cinderella” Title Song
“A Dream Is a Wish Your Heart Makes”
“Oh, Sing Sweet Nightingale”
“The Work Song”
“Bibbidi-Bobbidi-Boo”
“So This Is Love”