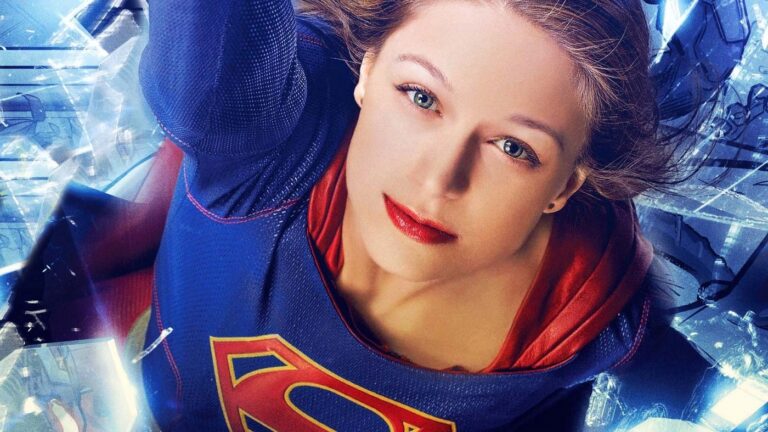 *Warner Bros. Home Entertainment provided me with a free copy of the Blu-Ray I reviewed in this post. The opinions I share are my own.*

Supergirl Season 1 had a rough start for any freshman show trying to make a mark on the TV landscape. Aside from trying to sell itself as a superhero show with a female lead, it was being released in a flurry of other sister DC Comics shows airing on a completely different network.

Needless to say, the early episodes struggled to find the right balance of tone, shifting from workplace comedy, to girl power romance, to an actual Superman family show. But once Supergirl finally found its sweet spot and embraced itself as a true DC Comics universe show, it found a stride that not only justified its existence, but shot itself up to the top of Warner Bros TV’s live-action DC Comics catalog.

Melissa Benoist is a revelation as Kara Danvers/Supergirl with her instantly infectious optimism and exuberant innocence. Benoist is surrounded by a talented supporting cast, including Mehcad Brooks as a buffer, more suave than usual Jimmy Olsen, Jeremy Jordan as the quirky tech guy and son of a supervillian Winn Schott, Chyler Leigh as Kara’s badass adopted sister Alex Danvers, David Harewood as head of the DEO Hank Henshaw, and Calista Flockhart as Kara’s boss, the bitch with a heart, Cat Grant.

Most of these characters and their actors find their footing about midway through the season and become quite endearing if you make it past the early episodes. A true turning point in the show is one when a supporting character is revealed through a twist to be a beloved DC Comics superhero that truly signifies a shift in dynamics for the show to something more in the vein of The Flash.

But the over-arching story for Supergirl Season 1 revolves around Kara’s search for her place in society as ghosts from Krypton’s past begin to disrupt her life in National City. It all leads up to a Kryptonian showdown of epic proportions as family and duty collide and Supergirl and her friends are faced with tough decisions culminating in a satisfying, strong conclusion.

The Supergirl Season 1 Blu-Ray set comes with three Blu-Ray discs and the always welcome UltraViolet Digital HD version of the season to watch on the go. The bright color palette of the show that represents its optimistic nature is quite beautiful in 1080p and makes more of an impression than the murky, dark visuals of sister show Arrow.

The set also has a handful of special features that are a decent supplement, but nothing all that incredible. Included are A World Left Behind: Krypton that gives backstory on the famed planet and how it is presented on Supergirl. There is also a Supergirl Comic-Con panel from 2015 provided along with the always amusing Gag Reel.

By far my favorite special feature is The Man From Mars, which is a 10-minute look at that DC Comics character reveal mentioned early in this review. Fans will really enjoy looking at what went into that twist and the insight into the character.

Lastly, there is an impressive amount of deleted scenes spread out among the discs that mostly extend scenes or were dropped b-plots. Once again, the standouts revolve around the surprise DC Comics character that joined Supergirl.

Supergirl Season 1 on Blu-Ray is definitely worth it for anyone that missed out on the show and is looking to catch up before it migrates from CBS over to the The CW universe this Fall. Kara Danvers/Supergirl is a strong role model for those young girls sorely lacking one in the superhero world on a show that is bright, optimistic and gets better with each episode.

Supergirl: The Complete First Season is available on Digital HD and and Blu-ray beginning today.

Wanna support The Nerd Repository? Click the linked image below and buy Supergirl: The Complete First Season through our Amazon Store!

Full of charm, optimism and comic book fun, Season 1 overcomes a rocky start to become one of the most endearing of the Warner Bros TV-produced DC Comics shows. The Blu-Ray set provides a solid, but minimal amount of special features that at least add some allure for those that have already watched and enjoyed Season 1.