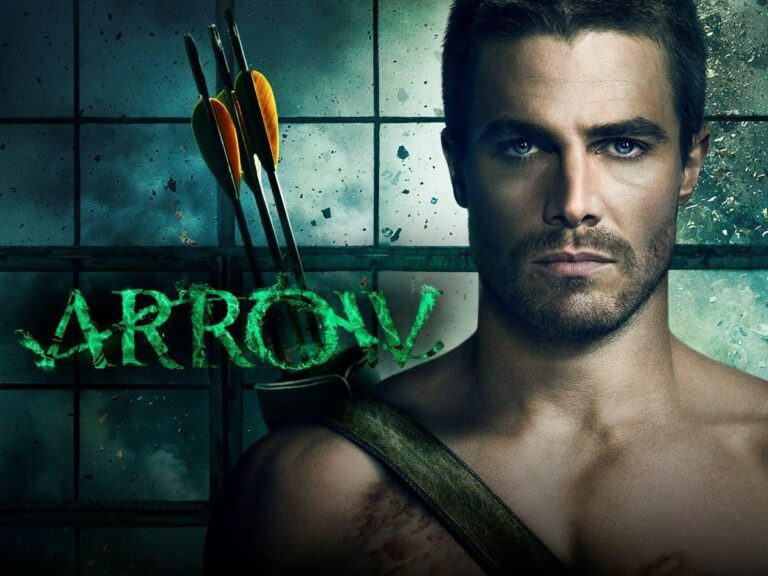 DC comics characters seem to thrive on network TV under the banner of CBS and Warner Bros love child The CW. Smallville, a show about pre-cape Clark Kent, went an astonishing 10 seasons on what would seem like a thin premise. Following the departure of that show, The CW didn’t wait long to get another hero on the air with the Christopher Nolan-inspired reboot of Green Arrow titled simply Arrow.

Season One of Arrow is an action packed and well crafted origin tale that starts strong and ends strong and only falters at times in the middle. Inspired by the graphic novel Green Arrow: Year One, the show takes flashbacks to Oliver Queen’s time stranded on an island and weaves it into relevant storylines in the present as Oliver tries to avenge his father and clean up his city. The show immediately sucks you into The Queen family drama but does lose steam pretty quickly until the episodes after the mid-season finale Year’s End, and never lets up afterwards.

[pullquote_left]Season One of Arrow is an action packed and well crafted origin tale that starts strong and ends strong.[/pullquote_left]

I loved the re-imagining of villains such as Deathstroke and The Dark Archer, and credit must be given to the creative team because not only did they generate twists for the casual audience, but twists that comic fans that thought they knew the characters would not see coming. Sometimes the show suffers from “villain of the week” syndrome, using Oliver’s list of bad guy names from his father as a crutch but as stated earlier, the show seems to get smarter as it goes on and fixes many of the issues that affected the audience opinion early on.

The show looks gorgeous on Blu-Ray and the dark tones layered with green accents look even crisper than I remembered from the original broadcasts. The set comes with not only Blu-Rays but the entire season on DVD and Ultraviolet as well. The menu screens are a bit boring, with just a still of Stephen Amell glaring at you shirtless (eeeasy fangirls), coming a across a bit dated when compared to such a high quality presentation everywhere else on the discs.

The special features are what normally is expected of a season set complete with deleted scenes, gag reel (which is sadly very short), two featurettes and the Arrow Paleyfest 2013 panel. The first featurette, Arrow Comes Alive, gives lots of behind the scenes info from the cast and creative team, explaining how they adapted the characters and even hints on Season 2. The second, Arrow: Fight School/Stunt School, is a badass look at how much danger and work goes into creating the battles and set-pieces of the show’s bigger moments.

Arrow: The Complete First Season is a solid presentation for one of the most exciting new additions to the 2012 TV season. With complex characters, nuanced story telling and creative re-imagining, the world of Green Arrow has never been more alive and this set is a great way to hop on board before season 2 premieres in October.