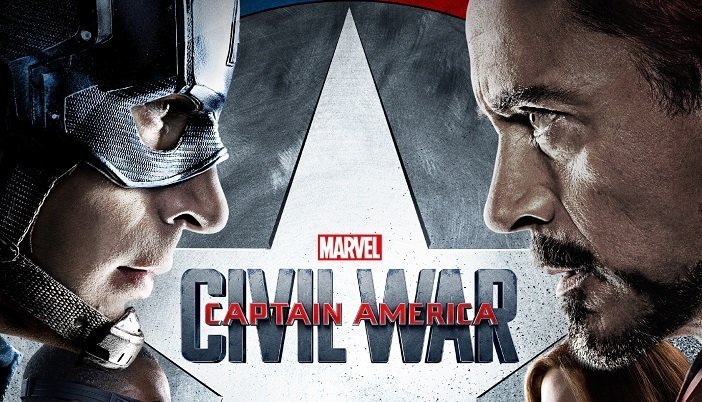 Captain America: Civil War is easily one of the greatest superhero films of all time – let’s just get that out of the way. Directed by The Russo Brothers (Captain America: The Winter Soldier), the film capitalizes on eight years worth of story build-up in the MCU to deliver an extremely enjoyable superhero spectacle that somehow still manages to bring the intelligence and heart.

Based on the acclaimed Marvel comic book event Civil War, the film finds Captain America (Chris Evans) and Iron Man (Robert Downey Jr.) on opposite sides of a conflict following the passing of the Sokovia Accords –  a law that requires super-humans to register with the government following Ultron’s attack on the nation of Sokovia itself.

Surprisingly, Cap goes against his country due to his growing distrust of what our nation has become in addition to a brilliant change from the source material that sees Bucky aka The Winter Soldier (Sebastian Stan) right smack in the middle of the conflict. From the opening action sequence where Cap’s New Avengers make a grave mistake, to the knock-down dragout finale brawl with a twist that closes the film, Captain America: Civil War is a staggeringly excellent piece of blockbuster filmmaking.

Not only do the Russo Brothers have an incredible understanding of the characters and source material, but so do the cast, as evidenced by their terrific performances. Evans and Downey Jr. are just perfect and the film also introduces the new Peter Parker aka Spider-man in dynamic fashion, and he’s never felt quite so spot-on before.

The film also has scene-stealer Paul Rudd return as Ant-Man, Chadwick Boseman debut as the badass-as-you’d-hoped Black Panther, and all your other favorites from the impressive lineup of MCU films. If there was one weakness to point out, it would be Daniel Bruhl as the film’s version of Baron Zemo. To no fault of Bruhl, who portrays Zemo with his usual talent, the character itself is an underdeveloped afterthought used more as a plot device than a fun or even sympathetic bad guy.

Captain America: Civil War‘s Blu-ray offers an impressive arsenal of special features including United We Stand, Divided We Fall – The Making of Captain America: Civil War Part 1 & Part 2 – a fantastic “making of” documentary that is both extensive in length and enormously entertaining. The feature includes interviews with just about everyone from the cast, as well as the Russo Brothers and numerous people on the creative side, talking about things from how they decided to adapt this story as well as the landmark introductions of Black Panther and the new Spider-man.

Captain America: The Road to Civil War and Iron Man: The Road to Civil War are essentially character refreshers on the paths that both Steve Rogers and Tony Stark have taken through the MCU up until this point. They’re both well done features that could easily be viewed before watching the Civil War, but don’t really do much for hardcore fans that live and breathe these characters on film.

The Blu-ray also features almost eight minutes of deleted and extended scenes that help flesh out a few things, including a part regarding my earlier complaint about Zemo. The extended funeral scene, that is truly extended at over five minutes, for a particular MCU character was my personal favorite of the bunch, but there’s more featuring Black Widow and Black Panther stuff, and a scene with Cap and Bucky.

In addition to the always amusing Gag Reel, especially with a cast that is so funny off-camera, there’s also Open Your Mind: Marvel’s Doctor Strange – Exclusive Sneak Peek that gives a look inside Marvel’s next film. There’s not much here that you haven’t seen in the trailers released, but there’s plenty of interviews with the cast including star Benedict Cumberbatch.

Lastly, although no Digital HD version of the film is available on the standard Blu-ray release, it does feature Audio Commentary from Marvel mastermind directors Anthony and Joe Russo and screenwriters Christopher Markus and Stephen McFeely that really dissect how they approached things scene-by-scene and the challenges they faced bring the source material to life in this MCU version of it. This is a great extra feature that really adds a new layer to watching Captain America: Civil War that gives the set a solid re-watch value.

Wanna support The Nerd Repository? Click the linked image below and buy Captain America: Civil War through our Amazon Store!

One of the greatest supehero films every made is welcomed to home video with a worthy dose of special features that might just get fans to jump sides and buy the blu-ray over a digital download.