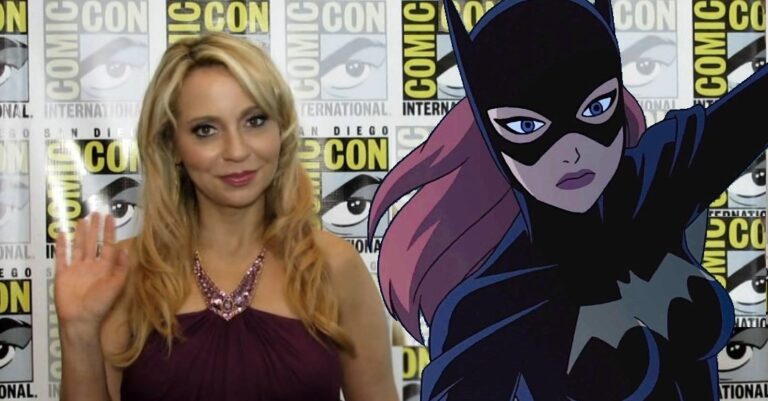 Tara Strong is one of the top voice actors in her field, having worked on just about every beloved nerd property in existence. Aside from her trademark pitch-perfect Harley Quinn voice, Strong is currently starring as Batgirl in the animated adaptation of the beloved graphic novel Batman: The Killing Joke and in her third season as Raven on Teen Titans Go!.

With her wealth of projects (including the upcoming Lego Dimensions – Teen Titans Go! expansion pack) she has no lack of work to discuss, and the actress was nice enough to take some time during the Teen Titans Go! press room at Comic-Con 2016 to discuss her roles as both Raven and Batgirl. Stay tuned for the whole interview for special interview bomb from one of her co-stars.

You can check out our interview with Tara Strong for Teen Titans Go! and Batman: The Killing Joke via our YouTube page below:

Have you been living under a rock and not seen the trailer for Batman: The Killing Joke yet? We’ve got you covered – check out the trailer below:

What about the trailer for Teen Titans Go! Island Adventure? We got you covered there too. Check out Cartoon Network’s trailer below for some tropical wackiness:

Batman: The Killing Joke is available now on Blu-Ray and via most Video On-Demand services.