Comic-Con Interview: Grant Gustin on the ‘Flashpoint’ Impact for ‘The Flash’ Season 3 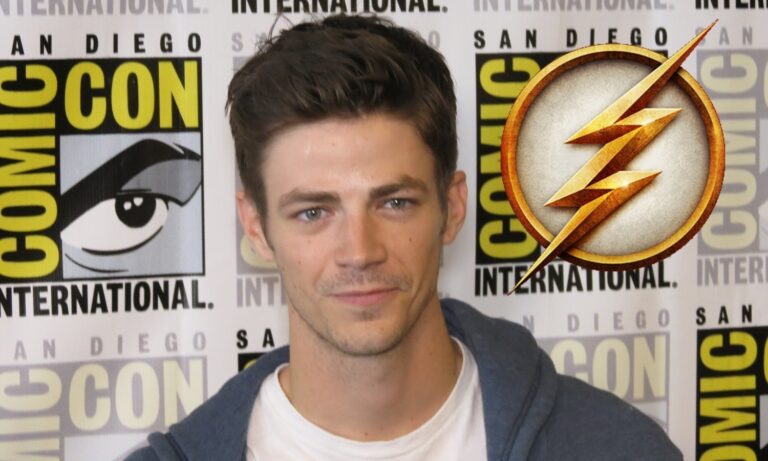 Flashpoint is coming to the The Flash for Season 3 and comic book fans know that means big changes for the show’s status quo – at least in the short term. Barry Allen himself, the extremely affable Grant Gustin, talked with us via round table interviews at Comic-Con 2016 and gave us a quite a few morsels to mull over as we anxiously await the Season 3 premiere of the Warner Bros. TV-produced show.

Beware some mild spoilers ahead for the first few episodes of The Flash Season 3. If you’d like to check out a select clip from the overall round table interview, you can watch our video via our YouTube page below:

if you want all of the Season 3 goodies, you should read the entire interview transcribed below, which includes much more info on The Flash Season 3 than the video above:

On The Flash Season 3 premiere, titled Flashpoint, and how it compares to the comic book version:

“First of all, Barry’s parents are alive. Nora and Henry are obviously alive, which was the whole reason this was done. It is very much its own thing though. One of the first things I did when I was cast, two and a half – three years ago now which is crazy, was to watch [the Justice League: The Flashpoint Paradox animated movie], because everyone talked about it. So I knew what the storyline was before I got our script…and it’s pretty different.

Obviously we can’t have Superman or Batman or Wonder Woman running around in the first episode, so I wish we could, but apparently we can’t, so its pretty different. They do a good job of throwing little nods to what The Flashpoint Paradox and what the storylines were for Flashpoint in the comics, using characters that have existed on the show for the first two years and the things that are changed now, I think we’ve done pretty well – as far as what has existed for the past two years, how they’ve changed in kind of a parallel way to what’s in the comic books. But it’s very much it’s own thing, for sure.”

On Barry’s anger in previous seasons:

“It’s been a roller coaster as far as him finding peace. Every time he thinks he found some peace, everything kind of gets flipped on its head again. When we see him in Flashpoint, he did this for a reason and you see him…we’ve aged Michelle [Harrison] who plays Nora Allen to look sixteen years older and it’s like they’ve been together for all these years.

But Barry knows what the other timeline was, so you seem him with this absolute appreciation that both of his parents are alive and he’s living with them. They don’t know the timeline is different, they’re trying to get him to move out because he’s like twenty-seven years old. [laughs] But he just kind of wants to live with them and have them for all these years. It’s kind of funny.”

On clarifying that Barry has two sets of memories now:

“Yeah. I did just say this at another table, so it’s already out there. I don’t know if I was supposed to, but he’s the only one that knows about the other timeline, but he does start to forget. Only the timeline he’s in… all his memories are changing. He starts to get memories in Flashpoint with his parents that he never had. He has brand new memories, but they’re replacing the memories he had with The West family memories.”

On how Flashpoint affects the other DC shows on The CW:

“It does, I can tell you that much. I don’t know how it’s affecting Legends or Supergirl. I know one thing on Arrow that’s being affected directly. I don’t know if I’m allowed to say, but it is affecting the other shows.”

On whether characters from the other DC shows on The CW will appear in Flashpoint:

“I can’t remember if in the first episode we do, but the crossovers – there’s going to be way more this season than the last two, for sure. I’ve signed on to four, I’m doing at least four episodes of other shows.”

On whether appearing on the other shows is fun:

“It is fun! I think this year, since we have a little bit more foresight where we’re planning it a little bit better and we’re taking like Winn (Jeremy Jordan)…Supergirl crossover is happening. Flash gets like two days off that week or something, because you’re shooting two episodes of television at one time. We shoot twenty-three episodes of Flash in nine and a half months, but now technically our season is twenty-seven episodes.”

On how Flashpoint might change up the villain structure for Season 3:

“I don’t really know yet moving forward, but pretty heavily I feel like in the first two episodes. You saw Barry goes back, stops Reverse-Flash and saves his mom, so obviously Barry has got Reverse-Flash now. So that kind of changes things. He’s got the upper hand on him now. He’s got that son of a bitch locked up somewhere.” [laughs]

On whether Barry has any guilt for changing the timeline:

“I think he’s trying to not think about it when we first see him. He probably doesn’t even have to try that hard honestly. He’s got both of his parents. It’s a selfish decision, but he’s a little bit blind to that right now because he has his family. But he, like I said, will start to realize he’s forgetting things which will start to weigh heavily on him and he will get some life lessons from another speedster. Gonna kind of give him, ‘Maybe don’t do this shit’ kind of advice.” [laughs]

On the addition of adding Harry Potter actor Tom Felton to the cast:

“Dude it’s great. I worked one day with him, kind of one scene and… he binged the show [when he was cast], so he was gushing in a very sweet and genuine way that I wasn’t expecting at all. Obviously we were all kind of gushing to him, we’re all Harry Potter fans obviously. Except for Candice [Patton]! I found out today she’s never read or seen any of the movies. She chose to say that in an interview with all of us and we were all kind of like, “Whuu?”

But it was we all gushed to him, he gushes back. We were saying this the other day, this has to stop at a certain point, obviously. We have to move on with our lives and just work together. But he’s lovely. A great actor, very professional. It’s really nice to have him.”

On whether The Rogues will be returning in any early episodes of the season:

“Not early on, I don’t think. We’re seeing a lot of new metahumans. Like the first year was everyone showing up because of the particle accelerator explosion, the second year was Zoom bringing everyone through the Breach, and this year metahumans are showing up for a completely different reason. So we’re meeting a lot of new ones, additionally.

There would have to be a reason, maybe since I hope it will happen, but I want to see Captain Cold (Wentworth Miller) again. I know they killed him on Legends. But – you know, time travel and Flashpoint. Who knows what’s going to happen? I would guess we’ll see The Rogues again. And Grodd has to show up at some point. I’m just talking as what I want to see though, and what I imagine that will happen.”

So you’re super stoked for The Flash Season 3 now right? How about you check out the Season 3 trailer that debuted during Comic-Con 2016 below to tide you over: