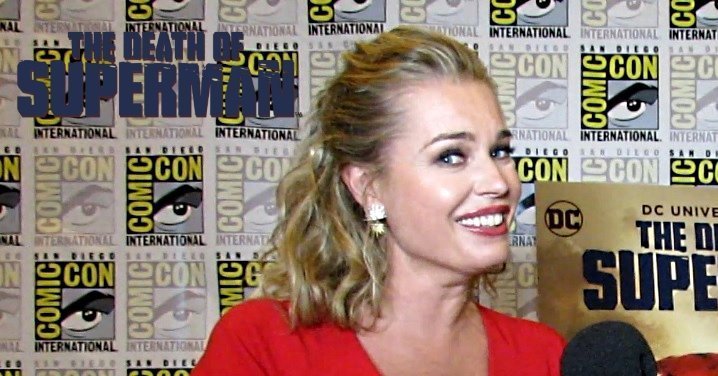 The Death of Superman at long last hits Blu-Ray this week after being only available via Digital outlets since late July. The film re-creates the iconic story from the 90’s comic books that tells of Superman’s ultimate sacrifice and at the heart of this adaptation is the relationship between Clark Kent/Superman and Lois Lane played by real life husband and wife couple Jerry O’Connell and Rebecca Romijn.

Best known for her iconic role as Mystique in the original X-Men films, we talked one on one with Romijn herself in the press room for The Death of Superman at Comic-Con 2018 where she shared the emotional experience of watching the film for the first time with their children and playing opposite her husband in one of the most iconic comic book relationships of all time.

Now check out the full blown trailer for The Death of Superman below:

The Man of Steel meets his ultimate match when Doomsday comes to Earth – hell bent on destroying everything and everyone in his path, including the Justice League – in the all-new, action-packed The Death of Superman, part of the popular series of DC Universe Movies. Produced by Warner Bros. Animation and DC Entertainment, the feature-length animated film arrives from Warner Bros. Home Entertainment on Digital starting July 24, 2018, and on Ultra HD Blu-ray™ Combo Pack, Blu-ray™ Combo Pack and DVD August 7, 2018.