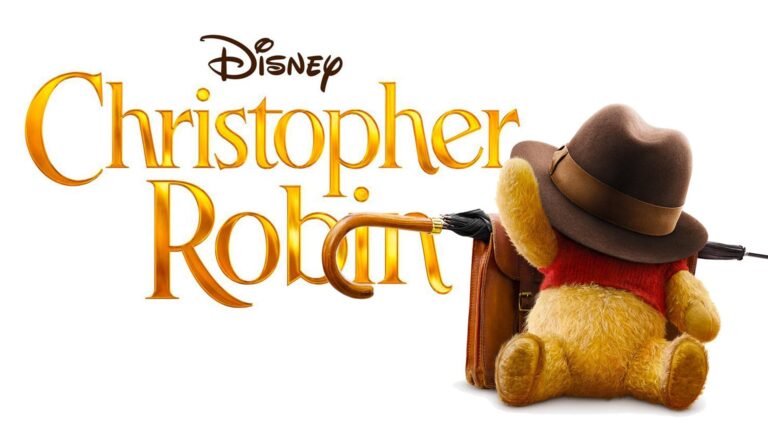 Winnie the Pooh and friends have charmed generation after generation of children and adults with their innocence, humor and heart, but nothing lasts forever – especially childhood. Director Marc Forster’s new film Christopher Robin attempts to explore what happens to the animals of The Hundred Acre Wood after the title character leaves to grow up and suddenly returns during a difficult time in his adult life.

The premise above is simple and it has been done before in many films, including the most obvious comparison of Steven Spielberg’s Hook, but it’s one that works particularly well in this setting. Christopher Robin ultimately is a wonderful, mature film that oddly is more geared toward adults than the children. Much of the early film deals with tragedy and the pains of growing up for Christopher, albeit handled very gently by Forster knowing the family audience appeal of the characters.

There in that first half of the film is where Christopher Robin will suffer with family audiences, namely the children that will expect more cuddly adventure and less mid-life crisis introspection. Those enjoyably nuanced character moments with Christopher as he grows up will go right over the heads of most young ones and quite frankly might bore many a child right out of the experience.

It’s tough to fault a film for having small character moments handled with reverence and love, but the lovable crew of The Hundred Acre Wood should warm the hearts of all generations and not just be a love letter for adult nostalgia. Thankfully the melancholy and at times emotionally manipulative first half of the film takes the leash off for the final act with all of the characters in classic form going through a note-perfect adventure with the Robin family that, by this point, has earned the big smiles that will be no doubt be on the audience’s faces.

Another element that will be lost on the kids will be the breathtaking visuals of both London and The Hundred Acre Wood. The entire film has a stunning pastel watercolor palette that instills a somber feeling of old memories and a world moving on. Christopher Robin as a film is not the bright flash and pizzazz of The Incredibles 2, this is mostly a quiet, reflective film that lovingly sends Pooh and friends on a new kind of adventure with Christopher and his family.

Speaking of the Robin family, Ewan McGregor stars as the adult version of Christopher Robin and there could not be a better choice for the role. The character of Christopher Robin is saddled with some heavy baggage as an adult and doesn’t always act in the most kind or likable ways to his wife Evelyn (Hayley Atwell) and daughter Madeline (Bronte Carmichael) or even Pooh himself when he unexpectedly turns up in London. But McGregor can be so instantly likable and innocently gleeful in his performance that he can immediately wash away any ill will the character has accumulated with one smile or act of kindness.

Not to short change the rest of the cast, which also absolutely crushes bringing back to life the residents of The Hundred Acre wood with brilliant casting moves like having Jim Cummings reprise his long-standing run as both Pooh and Tigger, while Brad Garrett steals the comedic show with his spot-on gloomy Eeyore. Even fan favorites like Peter Capaldi (Doctor Who) as Rabbit and Toby Jones (Twin Peaks, Captain America) as Owl are such great fits that most film fans won’t even notice their casting until the end credits.

Christopher Robin isn’t your typical summer blockbuster experience at the cinema and is predominantly a film of quiet contemplation and the magic of nostalgia that would seem to be a better suited release for the holiday season. Aside from that, the film is a lush, gorgeous walk down memory lane that may lose the kids after the melancholy first half, but wraps things up with a wonderfully satisfying tale filled with warmth and friendship.

The film's melancholy vibe (especially in the first half) is more suited for adults than kids, but that doesn't mean it isn't a really good film. The lush visuals combined with the climax of the film provide most of the high moments while ending it on a very satisfying note.