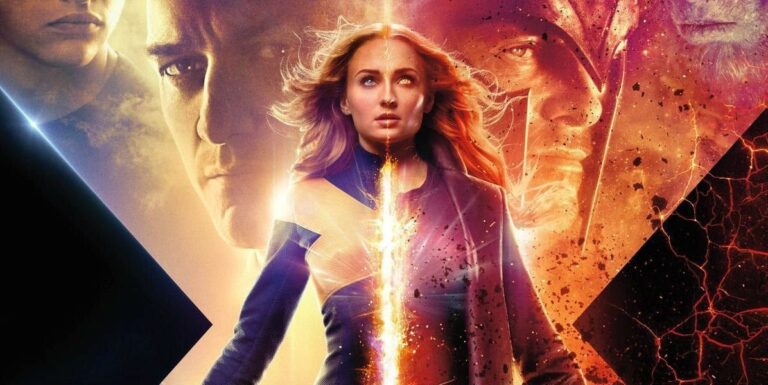 When 20th Century Fox first plucked the X-Men from the pages of Marvel comic books and thrust them onto theater screens around the world, no one could have predicted that it would be the first step toward superhero films becoming a cornerstone of mainstream culture. Trading colorful spandex for practical black leather outfits and framing the plight of mutants as an allegory for racism, homophobia and other forms of bigotry, X-Men proved that superhero films could resonate with audiences other than little children and longtime comic book readers.

Its success at the box office helped elevate Hugh Jackman from obscure newcomer to household name, but more importantly helped pave the way for Sam Raimi’s Spider-Man films, Christopher Nolan’s Dark Knight trilogy, and the Marvel Cinematic Universe. Two decades later and with nearly a dozen films under its belt, the curtain is ready to close on the X-Men franchise: Disney’s acquisition of 20th Century Fox has brought the characters back under the Marvel banner, and any future plans for the series have been scrapped. But while there are no immediate plans for the mutants to show up in the MCU, there’s still one more story left to tell — or in this case, revisit — in Dark Phoenix, opening in theaters this weekend.

“Are we simply what others want us to be?” asks Jean Grey (Sophie Turner) in the film’s opening voiceover. “Or can we evolve to become something more?” This existential question is at the heart of Dark Phoenix, which retreads, rehashes and remixes material from the second and third entries in the original X-Men trilogy. When an outer space rescue mission brings the team into contact with a swirling, undulating mass of orange and purple energy, Jean puts herself in harm’s way to protect her teammates, absorbing the mysterious force into her own body. Miraculously, she manages to survive the encounter, but discovers that her abilities have been amplified to unthinkable levels — simply put, she’s now the most powerful being in the universe, and she has some major problems with anger management and impulse control.

Director Simon Kinberg (who also wrote the screenplay) deserves a modicum of credit for how closely these events hew to their comic book source material, but these changes can’t offset the feeling of familiarity that permeates Dark Phoenix from start to finish. Not only are specific shots from previous films recreated here, like a ball rolling out of frame as the X-Jet rises from the basketball court or Magneto (Michael Fassbender) using his power to wield an arsenal of firearms, but entire setpieces are recycled. A visit to Jean’s childhood home once again erupts into battle when the X-Men arrive to intervene, and once again concludes with the death of a major character — just because it doesn’t happen to be Professor Xavier (James McAvoy) this time around doesn’t mean we haven’t seen it before.

Turner does her absolute best to carry the film on her shoulders, but the clunkiness of the script leaves her waging a constant uphill battle. The writing is also a disservice to Jessica Chastain’s Vuk, leader of a shapeshifting alien race known as the D’Bari. As we learn during a lengthy exposition dump, the Phoenix is an ancient power responsible for the destruction of the D’Bari homeworld, and Vuk wants Jean to use her newfound abilities to create a home for her people. Not even a performer of Chastain’s caliber can make Vuk seem like a fully realized character, and if you find yourself reminded of another recent comic book film where alien shapeshifters sought the help of a female superhero to resurrect their race, you’re certainly not alone.

Returning characters like Cyclops (Tye Sheridan), Storm (Alexandra Shipp) and Nightcrawler (Kodi Smit-McPhee) are given precious little to do outside of the film’s action sequences, and although Jennifer Lawrence once again reprises her role as Mystique, she probably has less than fifteen minutes of actual screentime, approximately half of which finds her without the character’s trademark blue skin, yellow eyes and bright red hair. Even Fassbender, whose performance has been the most consistently enjoyable component of the past few installments, doesn’t show up until nearly an hour into the film.

Nicholas Hoult is great in pretty much every scene that doesn’t require him to be furry and blue, and shares arguably the film’s best scene with McAvoy, as Beast and Xavier find their own ways to cope with grief — the latter by drinking, the former by brooding. But great little moments like these come far too frequently, and much like 2016’s X-Men: Apocalypse, there’s too much emphasis placed on spectacle. Sure, it’s great to watch Storm levitate above a speeding train and fire bolts of lightning from her fingers, or to see Nightcrawler (perhaps a bit too gleefully) grab a knife and use his teleportation skills to slice his way through a horde of enemies, but the action exists merely to look cool — there’s rarely any weight or meaning given to it.

I don’t want to give the impression that Dark Phoenix is all bad, because that’s not the case, it’s just messy and inconsistent. The score from Hans Zimmer is excellent, the costumes and special effects look (mostly) great, and the key players — Turner, McAvoy, Fassbender and to a lesser extent, Hoult — certainly aren’t phoning in their performances. But when you’re surrounded by uninspired dialogue (“your emotions make you weak,” which is met with the only possible response “you’re wrong, my emotions make me strong”) and goofy props, like a phone emblazoned with a giant “X” that rings directly to the President of the United States, there’s only so much you can do. Dark Phoenix sends the X-Men out not with a bang, but with a roll of the eyes and a somewhat exasperated sigh.