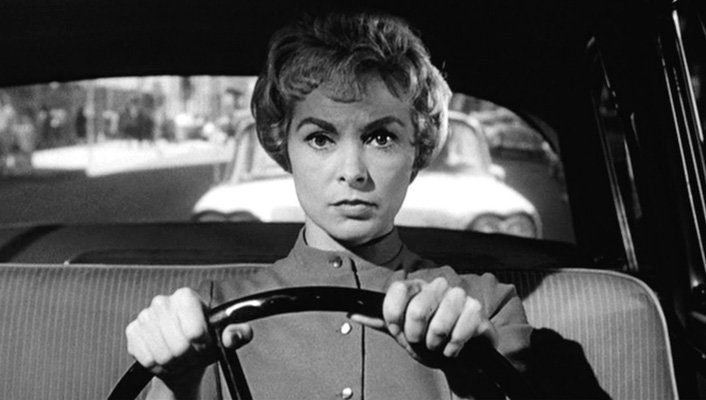 Feel free to take away my film nerd card, strip me of my membership, and tear that patch from my jacket, but I’ve never really been a major fan of Hitchcock. That’s not to say that I don’t respect the guy and haven’t enjoyed his films in the past, but I’m not a collector. I don’t have his originals on Criterion-super-mega-old-school-edition-DVD or whatever the fuck, but I’ve seen most of his films at least once and didn’t regret it.

Something about Hitchcock’s films that always stood out to me, however, were the female leads, whose roles are slightly eyebrow-raising in retrospect. For much of his early career, Hitchcock had a viciously misogynistic portrayal of women in his films, and female characters in his flicks were basically a punching bag for the plot. But when they weren’t being attacked by birds or stabbed in the shower, they were delivering absolutely stellar performances, and with this list you’ll see why – almost every actress at his disposal went on to become an iconic pop culture phenomenon. I’ll touch briefly on the actresses and their roles in this installment of Chris Writes About Women in the Entertainment Industry.

I feel like any mention of female roles in Hitchcock films has to begin with Janet Leigh in Psycho. Every single person who has ever gone to see a movie not written by the douchebags who make Veggie Tales or the Left Behind series knows why: the shower scene. That scene alone is potentially the most memorable and iconic scene in the entirety of the thriller movie lexicon. If you don’t know the scene I’m referring to, please go hit yourself in the head with a tack hammer, watch Psycho, then report back to me. Leigh also went on to be a part of film classics such as The Manchurian Candidate and The Fog.

Grace Kelly was one of the women Hitchcock worked with often. When you think of actresses in general, Grace Kelly comes up as one of the most revered and famous of all time, let alone in this little article here. She was called back multiple times to act in films for Ol’ Alfred. You know, little one-offs like Rear Window, Dial “M” for Murder, and To Catch a Thief. Again, you have this theme of iconic women in iconic films. The man was a genius and Grace Kelly lit up every scene she was in. Her first work with Mr. Hitchcock in Dial “M” For Murder is really what launched her career and made her a star. Also, she was born in Philadelphia, which makes her a winner in my book.

Eva Marie Saint did a phenomenal job in North by Northwest. She starred alongside Cary Grant, who played a Mad Men-type advertising exec who gets confused as a spy. This is probably my favorite of Hitchcock’s films, but I’m a sucker for a spy flick, and it includes that classic “plane buzzing the dude in the cornfield” scene that everyone parodies but nobody of my generation can put a finger on, even though we’ve probably seen the film at some point. She went on to star alongside Paul Newman in Exodus, and was most recently seen as Martha Kent in Superman Returns.

And last, but most assuredly not least, is uh…

Well, it’s Mama Bates. Norma, if you want to get technical.

Thanks for joining us again, fans and foes alike! Sacha Gervasi’s Hitchcock, starring Anthony Hopkins, Helen Mirren, and Scarlett Johansson is being released on select (WHY!? look at that cast!) screens on November 23rd in the US. The plot revolves around the love between the famed director and his wife, though I suspect it delves a bit deeper than that because the filmmakers for this one have left things intentionally vague in trailers and such. I’m excited to see this flick though, and you should be too.

Join us for my next assignment, Women of the Wild West or something like that. (Please, please, please Brent, don’t ask me to write that one. If you do, I’m just drawing you a diagram of a woman tied to some railroad tracks while a Snidely Whiplash villain twirls his mustache next to her.)