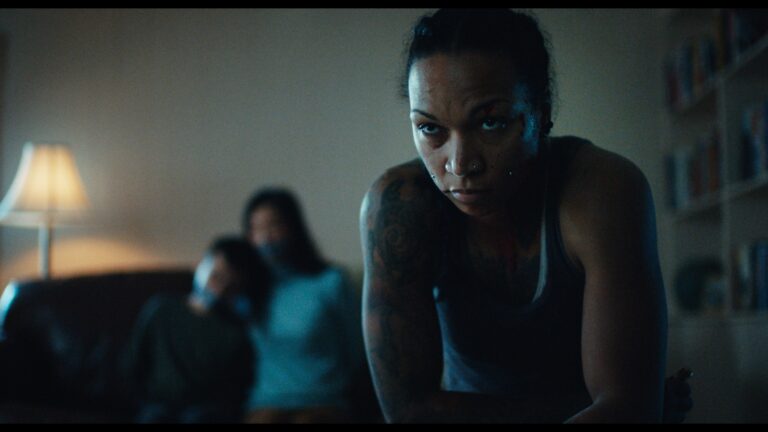 Revenge thrillers are rarely in short supply, particularly at genre-heavy affairs like the 2021 Fantasia International Film Festival, and often require something truly unique in order to separate the wheat from the chaff. Fresh from an Audience Award for Best Narrative Feature at the Tribeca Film Festival, Josef Wladyka’s Catch the Fair One arrives at Fantasia with an immediately captivating premise: a Native American boxing champion willfully embeds herself in a sex trafficking ring in hopes of tracking down the younger sister who went missing two years earlier.

Wladyka’s film stars Kali Reis, a real-life title holder in the super lightweight and middleweight divisions and an advocate for the Missing and Murdered Indigenous Women and Girls epidemic. Reis helped develop the screenplay, and shares the same first name as her onscreen counterpart (albeit spelled as “Kaylee”), whom we meet in the final stages of preparation for an ill-advised journey into the underworld. She still wrestles with guilt over her sister Weeta (Mainaku Borrero) being snatched off the street while walking home from one of Kaylee’s sparring sessions, and the notion of putting herself at great personal risk isn’t just about finding Weeta, it’s also about atonement for her own perceived role in the crime.

Catch the Fair One shines a light on the harsh realities of the sex trafficking industry, where girls like Kaylee and Weeta disappear because they’re effectively invisible to society at large. As one particularly heinous offender puts it, “no one is looking [for you] because no one cares.” Equally chilling are the revelations involving those at the top of the ladder, where the smiling wife of a local businessman was once a victim herself, and where the family trade is protected by gun-toting spouses and eager-to-please sons following in their father’s footsteps.

The film soars whenever Kaylee is shown in full-on vengeance mode, and Reis brings incredible intensity to these moments, including a sequence where Kaylee escapes from her captor (Daniel Henshall) and turns the tables by holding his wife (a superb Tiffany Chu) and son hostage as she extracts information in the most violent manner imaginable. The quieter, more emotional scenes don’t work quite as well, perhaps because of Reis’ relative inexperience as an actress, or because the material often feels underwritten, as if the screenplay were constructed with the sole purpose of moving from one ferocious outburst of violence to the next. Nevertheless, Reis remains innately watchable, and Catch the Fair One proves to be a solemn, gripping tale from start to finish.

Catch the Fair One screened at the 2021 Fantasia Film Festival. Find more of our Fantasia coverage at this link.