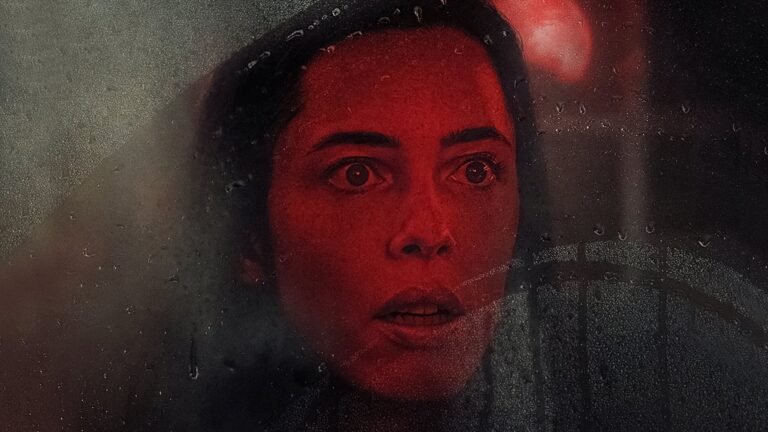 The exploration of grief through the horror genre isn’t exactly a new concept — examples can be found as far back as 1973’s Don’t Look Now — but the trend has become increasingly prevalent in recent years. Ari Aster’s Hereditary and Midsommar are the two most prominent examples that come to mind, but 2018’s mainstream smash A Quiet Place and 2015’s criminally underseen We Are Still Here also fit the bill. Screening last week at the 2021 Fantasia International Film Festival en route to a theatrical release, David Bruckner’s moody, atmospheric feature The Night House also deserves a place on the list.

We meet schoolteacher Beth (Rebecca Hall) in the wake of a tragedy: her husband of 14 years, Owen (Evan Jonigketi), slipped out of the lakeside home he built, rowed out onto the water, and shot himself in the head. There were no warning signs, no indication that something might be amiss, and the cryptic note he left behind — “you were right, there is nothing, nothing is after you, you’re safe now” — provides no comfort, only confusion and frustration. But when Beth experiences a series of strange occurrences, like the stereo turning on of its own accord in the middle of the night, or visions of Owen walking across the water, she begins to ponder the finality of her husband’s death.

Best friend Claire (Sarah Goldberg) and kindly neighbor Mel (Vondie Curtis-Hall) grow increasingly worried as Beth spirals downward, drinking herself unconscious and poring over Owen’s belongings, including architectural plans for the home emblazoned with enigmatic scribblings, mysterious books on the occult, and photos of other women recovered from his iPhone. Clearly, her husband had secrets, and Beth vows to uncover them all in hopes of understanding what happened to Owen — and what’s happening to her now.

The Night House excels at constructing a constant sense of foreboding, which often seems to mimic Beth’s fragile mental state. Ever a terrific actress, Hall is superb as she embodies the sort of anger that is so often synonymous with feelings of loss, while also epitomizing the crushing loneliness that threatens to smother her character. And while Bruckner leans into the requisite jump scares that are something of a genre necessity — mercifully shying away from using the score to telegraph these moments — it’s the raw emotion of Hall’s performance that elevates The Night House from standard fare about things that go bump in the night into something more intimate and personal.

The Night House screened at the 2021 Fantasia Film Festival. Find more of our Fantasia coverage at this link.