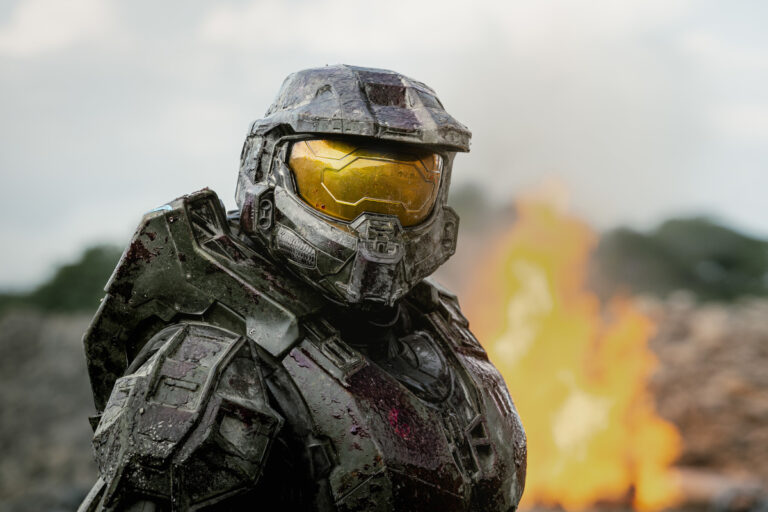 Sci-fi shoot ’em up series Halo has long been the flagship franchise of Microsoft’s Xbox console line. The first installment, released in 2001, is widely credited with catapulting the original Xbox to unprecedented success, and by late 2004, it was estimated that a third of the world’s 15 million Xbox users owned a copy of Halo. Numerous sequels and spinoffs would follow in the next two decades, with the games selling more than 82 million combined copies and spawning a comic book series, multiple novels, and a host of other media.

A live-action adaptation of Halo has been in the works, in one form or another, since 2005, when 20th Century Fox and Universal Pictures partnered to bring a feature-length film to the big screen, with Lord of the Rings mastermind Peter Jackson serving as executive producer and District 9 helmer Neill Blomkamp tapped to direct. That project ultimately fell apart in 2007, although Blomkamp did produce a handful of live-actions shorts to promote the release of Halo 3. Similarly, a pair of limited series set within the game universe — Halo 4: Forward Unto Dawn and Halo: Nightfall — were released alongside subsequent entries in the game franchise, but neither lived up to the scope and excitement of their source material.

Premiering at SXSW 2022 this weekend before launching on Paramount+ later this month, Halo arrives with an impressive pedigree: it was developed by Steven Spieilberg’s Amblin Television, and reports indicate the man himself was more heavily involved than his executive producer credit might lead one to believe. Judging by the first two episodes screened for press in advance of the premiere, the Spielberg touch seems to have paid off; Halo already feels like a cut above much of the dreck resulting from decades of Hollywood trying to milk the success of well-known gaming franchises with lackluster adaptations.

The year is 2552, and humanity has spread across the galaxy, thanks largely to the military might of the United Nations Space Command. Led by UNSC Marines and their genetically enhanced counterparts, the Spartans, humans have been locked in conflict with a vicious alliance known as The Covenant, while those opposed to UNSC rule — like the insurrectionists plotting an uprising on the remote planet of Madrigal — dismiss news of the was as nothing more than propaganda designed to sow discord among the remaining independent colonies. But when Covenant forces land on Madrigal to excavate a long-buried ruin and begin slaughtering townspeople in the process, the rebels are shocked when the Master Chief, Spartan John-117 (Pablo Schreiber) and the battle-hardened warriors of Silver Team arrive to defend the outpost.

Fans of the game series will no doubt be pleased to learn the world of Halo — from its vehicles to its vast array of weaponry — has been recreated here in painstaking detail. BR55 service rifles, Covenant Type-25 directed energy pistols, SRS99C-S2 AM sniper rifles, and even the lethal Energy Sword all make appearances in the series’ first major action sequence, and director Otto Bathurst captures the fluidity and variety of the game franchise’s combat; Master Chief vaults over the heads of his alien adversaries, peppering them with bursts from his MA5B assault rifle, casually chucks a grenade to eliminate an encroaching foe, and then takes down a pair of Covenant Elite warriors with close-quarters melee attacks. Fidelity to the source material even extends to the camera angles and sound effects: expect more than a few first-person POV shots that emulate the in-game heads-up display, and the telltale “warning” sound that accompanies the depletion of a player’s shield.

Exciting as that first major skirmish might be, don’t expect Halo to careen from setpiece to setpiece with little downtime; in fact, the battle between the Spartans of Silver Team and the invading Covenant forces is the only major action beat in the first two episodes. Instead, the series establishes its key players, including Dr. Catherine Halsey (Natascha McElhone), creator of the Spartan program; Admiral Parangosky (Shabana Azmi), Halsey’s superior officer; Captain Jacob Keyes (Danny Sapani) and his daughter Miranda (Olive Gray), an expert in alien artifacts and technology; and Soren-066 (Bokeem Woodbine), a privateer residing in a colony at the edges of civilization deemed “The Rubble,” with a connection to John-117’s Spartan training. There’s also Quan Ah (Yerin Ha), a survivor of the assault on Madrigal who puts the Master Chief in the precarious position of ignoring a direct order, something no Spartan has ever done before (and something that heretofore had been deemed impossible).

The overall plot hews closely to the games: the Covenant seeks knowledge of an ancient weapon that will bolster their war effort against the UNSC, but even this early in the series there are already some noticeable deviations (executive producer Kiki Wolfkill has previously confirmed the show occurs in a separate timeline from the core canon of the game franchise). For example, the Master Chief is the only living member of the Spartan program when the events of the original game unfold, but here John-117 has a team of Spartans under his command. Likewise, the artificial intelligence Cortana (Jen Taylor) was a known quantity several years prior to the battles depicted in the first game, while her creation and deployment has not yet occurred when we first encounter the Master Chief in the live-action series. It’s reasonable to expect Halo will eventually steer the narrative in the same direction as its video game counterpart, but the journey itself should be much different than franchise devotees might anticipate.

With gorgeous production design, impressive visuals and thrilling action — not to mention a solid cast and a healthy respect for its roots as one of the most successful video game franchises in history — Halo is off to a very auspicious beginning. Fans will have much to celebrate here, but even those whose familiarity with the Master Chief is virtually nonexistent might find themselves lured in by the moral quandaries at the center of the series’ ambitious sci-fi storytelling.