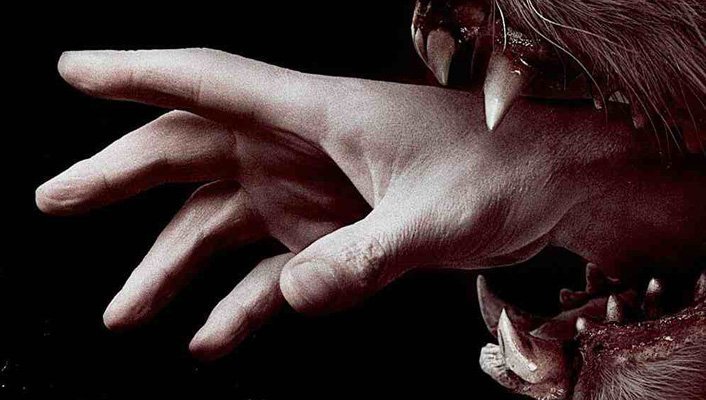 Odds are the majority of our audience on NerdRep.com will recognize Aaron Douglas for his stellar work as Chief Tyrol on Battlestar Galactica, but he’s a veritable “that guy,” having made appearances in numerous television projects over the last decade. His next role is in the third original series from Netflix, the supernatural family drama Hemlock Grove. Netflix and Aaron were cool enough to carve out some time for us to talk about all things Hemlock and a bit about the nerdy…

Talk to me a little bit about your character, Sheriff Tom Sworn, and how he fits into the overall mythology of Hemlock Grove.

The sheriff is the moral center of the show. When everything else starts spinning out of control the audience will always be able to go back to him as the touchstone of what’s right and wrong because he is…he is the sheriff. He’s a very everyday guy, a normal guy, likes to have a beer at the end of the day. He’s a father of twin teenage daughters and they’re the love of his life, but they’re also menaces, whirling dervishes. He’s a single father so he has that going on.

When bad things start happening in the town he’s the lawman that has to figure out what’s going on, and he doesn’t have any sort of understanding or belief in supernatural B.S. so he comes at it purely from a nuts and bolts, as a cop would, investigation: “Okay there’s a been a killing and let’s see who did it. If it’s not a who then a what, maybe a bear or a pack of dogs.” He’s really just a simple normal sheriff kind of guy holding on to a thousand kite strings in a hurricane. It’s a very small town that bad things start to happen in, and it really spirals out of control.

Netflix has really changed the landscape recently on how we view and consume television series. Do you think it’s beneficial to a show like Hemlock Grove that the audience gets access to the entire season on its premiere date?

Absolutely. Netflix does TV the way that I consume it. Game of Thrones is on right now but I won’t go near it until it’s done because I can’t wait week-to-week. I will literally watch it on a rainy day. I will power through all thirteen hours of it. Because like that, Hemlock Grove is a thirteen hour movie, and you wouldn’t sit down and watch Lord of the Rings in 15 minute snippets – you want to watch the whole bloody thing. So every episode is ten minutes of a two hour movie.

Which makes it tough for you guys because you only saw…three [episodes]? The press has been telling me that they saw three, which is tough because the first three are really just introducing everyone and what’s going on. It really finds it feet and gains momentum in the fourth and then it’s off and running.

It’s going to be a much better way of viewing it, to be able to just power through it and pause it when you want to pause it, you could be in the middle of the episode or not, you really need to treat it like it’s one thirteen-hour movie. I think that’s really going to help us because if you sat down and watched one episode at a time, there’s so much left unsaid in this show because we don’t spoon feed the audience, that there would be a lot of head scratching week-to-week.

On the creative side of things, how was it working with [executive producer and director] Eli Roth?

You know what? I didn’t have a lot with him. He was there for the pilot and then he had to go off and do a movie down in South America. My experience with him was one or two days on set maybe? Super nice guy. Friendly. Good director, obviously, had his obvious real vision for it.

But then he was gone and the person that really took over and drove the ship was Deran Sarafian and Mark Verheiden. Sarafian from the directing and executive producing standpoint, sort of keeping the train on the tracks and moving along and took out his giant iron and smoothed out the wrinkles, and Verheiden on the writing side, which was a little bit more of the creative in terms of story and arc and all of that kind of stuff, but together those two are the reason this thing is going to be special.

You worked with Verheiden on Battlestar, correct?

He’s the reason I’m on this show. He called me and asked me if I’d do the show and I said “absolutely.” Which was an opportunity to be on the ground floor of how TV is going to be produced and consumed going forward with Netflix, and I see Battlestar Galactica as a ground floor show in terms of sci-fi and how people view it and how people see it. Battlestar was always in the top three of downloaded TV shows on iTunes and DVR’d so that really changed how people watched TV shows, and now I think Netflix is going to do it again. I’m just feeling very fortunate to have done two shows in one career that are really changing the way things are done.

And did Verheiden write your episode of Smallville? I’m a huge Superman nerd so I remember your appearance…

Did you read the novel Hemlock Grove before approaching the role, or do you prefer to stick with what’s in the script and how the director guides you along?

No, I’m a big reader. I read a book every couple of days and that’s what got me hooked to this thing. Mark called me and said “I’m doing this show and it’s based on a novel, go get the novel.” I powered through this novel, which I thought was just fantastic, and I called him back and said “Why?” and he said “Because I want you to play the sheriff.” I said “Yes! Done! Tell me when and where.” And my character is a lot bigger in the show than he is on the page.

What sets Hemlock Grove apart from other shows and movies that have a similar supernatural premise?

Everybody keeps asking me about the werewolf and the vampire thing, and if we’re saturated with too much of that, and my answer to that is we’re not really a werewolf/vampire show. It’s really about the human drama and the poster says “The monster is within” and there’s a hand coming out of a creature’s mouth and that represents the monster within all of us.

Lastly, NerdRep.com is all about nerding out on pop culture things. What are some things that get you to nerd out and get excited?

Oh yeah, I like Game of Thrones. I just marathoned all four seasons of Justified, I quite like that show. I do not miss and can not miss Archer or Bob’s Burgers. Those shows absolutely kill me, especially Archer. I love Mythbusters and my wife and I like to watch the cooking shows.

Well, that’s all I’ve got for you, Aaron. I appreciate the time. Come visit us next to time you’re out here for Phoenix Comicon.

I’m trying to remember if I was out there last year or the year before… but I think I’ve been to that show two or three times and I’m sure I’ll be back next year after this show goes… I’ll be right back on the Con circuit doing the rounds for Hemlock Grove.

That’d be great, and hopefully we can talk about a Season 2 renewal.

Yeah, we’ll do it in person. Sweet!