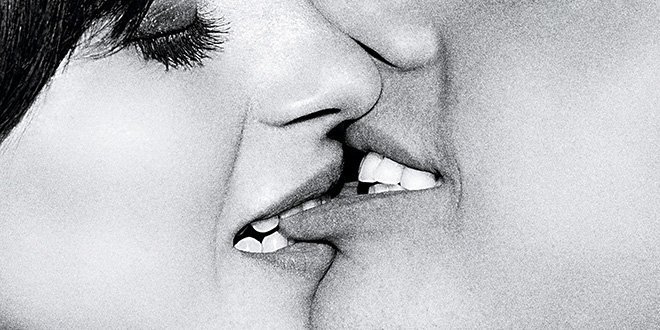 It’s been just over a year since I talked to Kings of Summer director JordanVogt-Roberts, and he describes that time as one of the most surreal periods in his life. With two trips to the Sundance Film Festival under his belt, and rumors of a high-profile film project circulating, he’s keeping himself focused on his latest project: FX’s You’re the Worst, for which he directed the pilot episode.

Earlier this week I caught up with Jordan via telephone, and we talked about his experiences over the past year, as well as his ongoing involvement with FX. Check it out below.

Last time we talked, Kings of Summer was just starting to roll out for its theatrical release. Obviously it had done very well on the festival circuit, but what was it like getting that film out to the public at large, and getting those reactions?

I’ve talked a lot about that recently. At South By Southwest this year me and Ryan Coogler from Fruitvale Station and Dustin Cretton from Short Term 12, we did a panel together that we created, just kind of talking about our emotional experience of releasing movies. You spend so much of your life just preparing to make your movie, and film school and everything is all about making your movie, and everyone forgets to have a conversation with you about the weirdness that happens when you’re actually putting it out there.

For me, and I don’t want to sound cheesy about it, but it was a dream come true. I would never say that movie necessarily broke out, but everyone who sees it seems to really enjoy it, and it just makes me happy that it seems to mean a lot to the people who see it. So it’s been great.

After that, you and Nick Offerman got a chance to work together again, this time on a concert film. Was that born out of working with him on Kings of Summer?

Yeah, he legitimately called me up and was like, “hey, I’m doing this thing, I wanna tape it, I wanna keep it real mom-and-pop.” He funded it himself, and we were just kind of shooting it to shoot it, just so there was a document that existed of it. Never would we have ever imagined that it would have premiered subsequently the following year at Sundance. We just kind of shot it for the hell of it.

Nick is so charming and so funny and so great in it, and it just really shows another side of him. And we shot it in sort of like a 70s throwback concert film kind of way, it’s a little more raw and it’s very clean and simple, and Nick and his love of Megan [Mullally, his wife] and his point of view on the world just really shine through. It just kind of stemmed from him calling me up and saying “hey, do you wanna shoot this?” And my answer generally is “absolutely.”

So that’s two years in a row at Sundance. Are you going back next year for something else?

[laughs] As of right now, no plans to go back this year, nothing in the pipeline that would make it in time. I’ll be quite lonely in January when everyone is getting drunk in the snow and I’m back in LA, reading about all the great movies that are coming out.

Alright, so let’s jump into You’re the Worst. I had no idea you were involved with it until FX sent me the press kit, and then I saw your name and I was like “holy shit, I know that guy!”

[laughs] Yeah, it was a real special one. There’s great TV being made and great stories being told, but I feel like very little of that still pushes the visual and cinematic elements. And because there’s so much freedom in TV now there’s just so much opportunity, and that’s exciting to me.

This script came to me and I kind of had the same reaction that I did when I read Kings of Summer, where I was just like “woah, holy shit, I need to do this.” I loved these characters, I loved this world, and Stephen [Falk]’s voice. As a director, when you read scripts you look at tone and world and atmosphere, but you really look for a voice. Or at least, I really want to read a script that has a very clear point of view, and the characters that he created were just so exciting to me, and I’m just really honored to be involved with it.

Most of the stuff I watch on TV is drama, but I laughed my ass of watching this show. I thought it was great.

Good, man, I’m glad to hear it. And that’s a testament to the writing and the crew, and we just had such a lovely cast. They all just love each other, it’s this weird love fest where, on any given weekend, I can just assume that all of them are hanging out together. It’s a really special environment, and hopefully that comes across onscreen.

It absolutely does. It doesn’t look or feel like any other sitcom, it definitely feels different and it feels unique.

That was kind of my pitch when I was talking to Stephen about it and trying to get the job to direct it. It was a heavy competition, because I think everyone sort of knew it was a special script, and what I kept saying to him was “you created such an amazing world, and now every element of the filmmaking needs to reflect that and needs to elevate to that point.”

I do think it’s kind of a strange show, with challenging characters. It’s not until the final scene of the pilot that you really sort of understand what it is and who these people are. They’re abrasive people, but over the course of those 22 minutes in the pilot, I think in that last scene you go from “I might hate these characters” to saying “wow, I’m really invested in watching this.” And to me, that’s a really powerful turn.

I’m glad you used the term “abrasive,” because that was kind of my initial reaction. There’s a very fine line you have to walk with these two characters.

Yeah, absolutely. I like characters that challenge people, and as with my movie, I wanted to have stuff that was absurd and crazy and hilarious, but then also heartbreaking and real and spoke to the truths of growing up. I think we were given freedom with the movie, in the sense that everybody knows people who have crazy parents, and have crazy family relationships, so you can get away with a lot because of that, as long as you play it as real.

And I think that you get something similar here, where everybody’s been in love and everyone’s had crazy, blown out relationships. Or maybe I’ve just had a lot of terrible relationships. [laughs] But that just gave us sort of a buffet table to draw from, where we can tap into things that are really ugly and really raw and authentic, but also very touching and heartfelt and hilarious and bizarre and absurd. Because that’s the spectrum of a relationship, it’s all of those things.

A lot of shows on cable TV really push the envelope on nudity and language, but even as revealing as the sex scenes are in the pilot, they’re never played as being titillating. They’re always played as being very real, and it captures that sort of awkwardness of two people trying to find that rhythm with each other for the first time. I thought that was a really nice choice, not to try to make it feel sexy, but just to let it feel like two people and how they would interact with each other.

That whole sex montage, as written, was something that was really exciting for everyone. That was my first time shooting sex scenes, and it led to a lot of hilarious conversations. Literally, there’s a photo of me and my DP in my house, playing with a Stay-Puft Marshmallow Man action figure and a Rocketeer action figure, because that’s all that we had around, and using them as the stand-ins, trying to figure out the angles and positions. [laughs]

That actually kind of leads into my next question. I was about to ask if you’d be coming back to shoot more episodes, but it sounds like the answer is “yes.”

Yeah, I shot the middle block, so I shot 105, 106, and 107, in addition to the pilot. Which is nice, because Epsiodes 2 through 4 kind of ease you into the world that we created, and the other directors – who are both amazing, Alex Hardcastle and Matt Shakman – did a really great job taking what we sort of laid out and putting their own stamp on it. But then my episodes in the middle, it’s when the arcs for these characters start changing a little bit, and you start to see the arc of this season change a little bit. I’m excited for people to get to that middle chunk, not just for my stuff, but to see the characters start to change as well.

We’re just about out of time, but I’m glad to hear you’ll be sticking around for some more episodes, and I’m sure we’ll be speaking again shortly.

TV’s always tough, because the first couple of episodes you need to ease people in and sort of establish this world, and then it starts shifting. I really hope people stick around to see where these characters go, because it’s pretty great. What Stephen laid out is really, really special, and I hope it finds an audience.