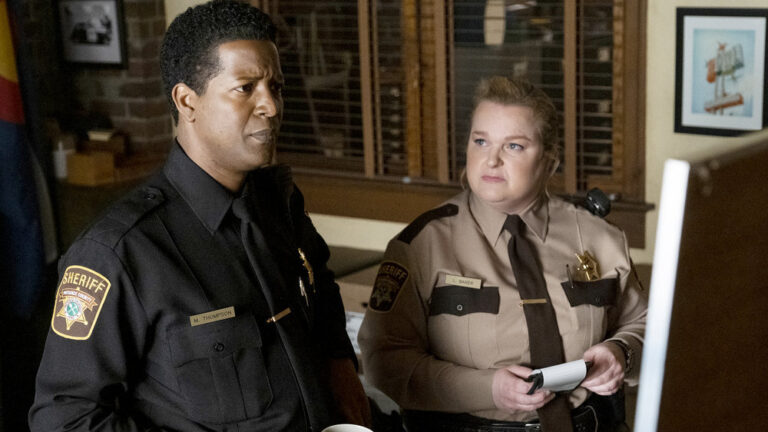 SYFY’s hit comedy series Resident Alien has just returned for the second half of Season 2. The Lamplight Review joined other journalists for a roundtable chat with stars Corey Reynolds (Sheriff Mike Thompson) and Elizabeth Bowen (Deputy Liv Baker) about the upcoming final episodes of the season. Stick around until the end when Reynolds gives an extra hilarious sign off.

You can watch the interview via our YouTube page below, where you can subscribe to help us out! Also, stick around our channel for other Season 2B interviews with Resident Alien star Alan Tudyk with EP Chris Sheridan and Alice Wetterlund with Levi Fiehler.

About Resident Alien: Based on the Dark Horse comic, SYFY’s RESIDENT ALIEN follows Harry, an alien played by Alan Tudyk (“Rogue One,” “Firefly”) that crash lands on Earth and passes himself off as a small-town human doctor. Arriving with a secret mission, Harry starts off living a simple life…but things get a bit rocky when he’s roped into solving a local murder and realizes he needs to assimilate into his new world. As he does so, he begins to wrestle with the moral dilemma of his mission and asking the big life questions like: “Are human beings worth saving?” and “Why do they fold their pizza before eating it?”