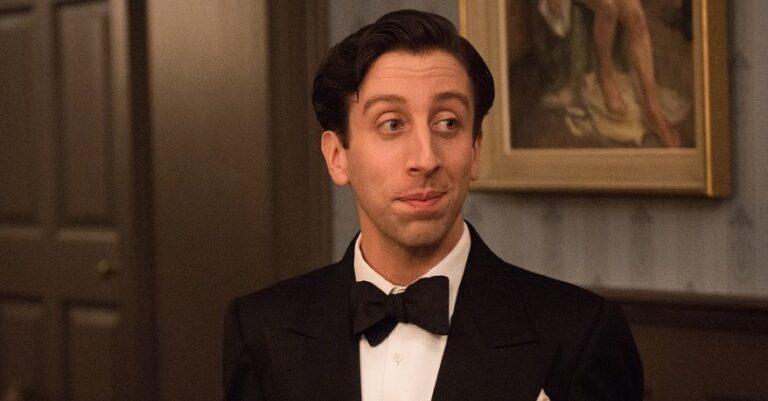 The Big Bang Theory actor Simon Helberg is taking a break from the king of all nerd comedies to test his musical chops in the big screen biopic Florence Foster Jenkins. Helberg stars as Cosmé McMoon, the real life pianist for Jenkins and joins an all-star cast featuring Meryl Streep in the title role of the famed “worst” opera singer of all time and Hugh Grant as her husband St. Clair Bayfield.

Helberg took some time on a recent press tour to speak with Phoenix journalists via conference call about bringing McMoon to life and working alongside the legend Meryl Streep. You can check out some of the highlights below:

On whether he knew what Meryl Streep was going to do in their scenes or if his facial expressions were true reactions:

“Well, both I guess, which is kind of the trick in doing this. It has to be new sort of every time, and she is doing something new every time and it made my job a lot easier. We had already rehearsed her about a week and a half, the music, and we had actually recorded at Abbey Road as well, which is amazing. So we had a lot of time to laugh and to figure out what we were doing.

And then of course, they ended up wanting to shoot it all live, so all of the stuff that we had recorded was kind of thrown out. And because of that, we’re playing all of that music live as you are seeing it and as it was being shot, which I think both helped – well, it helped us kind of contain our laughter and sort of focus because we had to actually get through the music, but it also made all of it very authentic.

So those reactions, and that was really happening for the most part in real time. I mean, obviously, the editing is pretty masterful as well. But what you’re seeing is actually what is coming out of us, for better or worse.”

On whether his decision to portray the character with a higher voice and different speaking pattern was his own choice or from research on the real life person:

“Well, some of it, not from his voice, actually. In fact, the most that I could find in doing this research, there were some facts and little tidbits of information that were in the movie, but there is a recording of him, actually. But he’s much older and he talks about that night at Carnegie Hall. And I had a moment of thinking, ‘I don’t know how much I want to want to use this as inspiration,’ because he was probably I think in his 70s at that point and it was a bit different than I had pictured it, and his outlook was very different than it was in the script.

And I thought, you know, you really always want to start with the script. So to me, I just saw it vividly and heard him vividly in this way, and it was between as far as that the voice, I mean, there – I saw him as being very pure and very chaste and very innocent, and having no sense of cynicism, and he hadn’t really been corrupted in any way whatsoever.

And then there’s also the fact that it was the ‘40s and he was walking into this elevated high society, cosmopolitan lifestyle and people actually did take speech classes and they were sort of this Anglicized way of talking back then. And just kind of all of those things combined, I guess, led me to that.”

On why he thinks people fell in love with and wanted to protect Florence Foster Jenkins:

“Well, I think that there’s a very human quality and I think there’s almost nothing more human than failure. And I think it’s funny and it’s tragic and it’s comforting. But only when it’s done passionately, you know. Only when somebody is putting themselves out there genuinely and ironically, and you know, aiming for the fences and kind of falling flat, no pun intended.

But you know, so I think that is one element of it, and the fact that she was so filled with joy, and so moved by music and wanted to share that joy and that love of music with people. I think it’s just magnetic. I mean, it’s like watching a little child just with total abandon singing out and dancing and the part of your brain that has any kind of judgment or criticism of this sort of overwritten by the joyous part. And whether people were laughing or their jaws were on the floor, you know, I think they were enjoying themselves.”

On getting to work with the extremely talented cast:

“Well, I was probably the odd man out in the sea of talent.  It was like every actor’s dream, when you can kind of jump into part with the, honestly, the greatest people working today and maybe ever.  Because ultimately, you’re really only as good as the people around you and these people make you even better. I think that’s a sign of greatness.

So with that also came quite a bit of paralyzing fear, as well, because you don’t want to be the one that brings Meryl Streep down. Not that that’s possible, but you know, it just is scary to get to work with people that are your heroes. But then, what you kind of realize when you – I hope this is true for everything and everyone, but when you get around people that are that great, usually, they’re there to make the best thing they can make and they bring them their whole self to it and in order to make something wonderful, I think you have to be sensitive and you have to be generous and you definitely have to be passionate.

So you’re usually – in this experience, I was very, very warmly welcomed and was very collaborative and I feel like that – I hope that’s true of truly great people.”

On what drew him to the part:

“Well, it would be – I couldn’t think of one reason why I wouldn’t be interested in or, you know, claw my way into this movie. I mean, there is the obvious people that were making it and involved of it that are perhaps the best, you know, ever at this, you know, between Meryl and Stephen and Hugh and Alexandre Desplat at the music, Consolata Boyle, Alan MacDonald who did this. I mean, all I could say is like I feel like I’m accepting an award.

But all these people who are just the most brilliant at doing this, that was I just – that was in and of itself a dream. And then the script was so unique, and the scenes, I guess really speak to me and not just the love of music, but this idea of perception and the sort of disparity between our perception of ourselves and what other people perceive and the question of the question therein, I guess, being does it matter that, you know, we hear one voice in our head and other people hear a different one, if at all, maybe it all leads to the same place.