Interview: ‘The Americans’ star Matthew Rhys on the spy game, the 1980s, and happy endings. 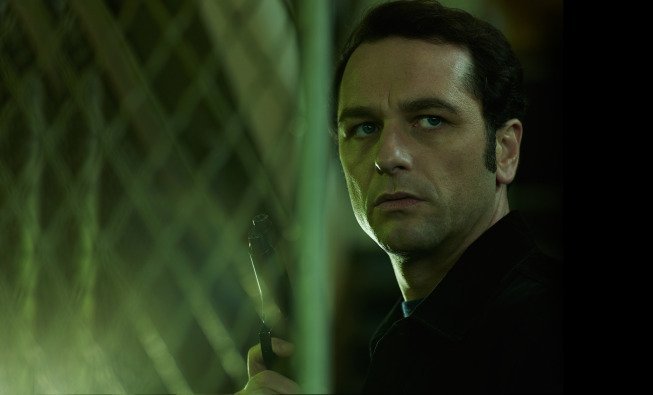 The life of a spy isn’t an easy one, especially when you’re a Russian sleeper agent deep undercover during The Cold War in the suburbia of 1980’s America. With FX’s critically acclaimed hit The Americans returning this week for its second season, I was given the opportunity to speak with star Matthew Rhys via conference call, and he gave me the scoop on what’s to come for The Jennings family. Below are the highlights:

What’s new and different with Season Two? Any guest stars?

Well, we’re glad to say that Margo Martindale does join us back, albeit in a slightly limited role. This season, as opposed to last season where we saw Philip and Elizabeth struggle with each other in their relationship, they’re a much stronger front of the unit, and we see them as a family. They face a lot more prevailing and present danger that’s encroaching on the Jennings’ household.

Seems like there are a lot more disguises to start out this season. Can you talk a bit about them?

Yes, there are. There are. The disguises, I don’t envy the unenviable task of the hair and make-up department that sort of feel that with each new disguise they have to be different or bigger or better, because the reality is with the CIA they tended to use two or three sort of disguises and round robin them.

But you know, it’s television and we’re a little more heightened and dramatic, so therefore they do need to kind of have a little bit possibly more dramatic impact. But that feeds into what the more general storyline for the Jennings is, that there is this greater feeling of the danger that is a lot more palatable and a lot more present, and I think they take their role of not being recognized and not being caught that much greater now, because the intensity is sort of closer on their doorstep.

Do you have a favorite?

I do, I do. I’ve named him. He’s called Fernando. He has longish hair. We actually saw him in the first episode of the first season when he beat up someone who was being rather lascivious with his daughter at a department store. He has like a mustache and long hair and a little goatee, and he feels very Latin to me.

What are your thoughts on America’s current obsession with spy dramas, and also what you think about using so many non-Americans to portray American spies?

I’ll start with the second part of the question, if you don’t mind, because, to be honest, I’m equal parts baffled and grateful as to why so many Brits, and also Australians, are used in American television. I think we’re just cheap and we work. I do ask a number of producers, and they don’t really have an answer either. I think maybe someone set a trend and others joined, which I’m incredibly thankful and grateful for. I know the tide is turning somewhat.

With regard to the first part of your questions, I think espionage as a whole has always been incredibly mysterious and intriguing to the public, and continues to be so. And it’s strange, our show is in the Cold War where there was a very definable front and, although it’s based on truth, I think people in this day and age are far more aware of that sort of enemy within and the world of espionage and how personable it is. and how on your doorstep it’s now become. I think people are aware of that and have a great intrigue as to how that reveals itself.

In theory, and on paper, your character should be the villain – after all, you’re playing a Russian spy. What is it about him that makes the audience root for him? What do you find sympathetic about him?

A number of things really, and I think you find this sort of characteristic in those men that you do root for, men and women, it’s the sort of everyman. He does have romantic ideals, and as well as materialistic ideals, because he came from a very harsh, fiscally challenged place.

But I think he longs for a wife to love and to have those things reciprocated. His main priority is his children, their future and their safety. And I think he wants, unashamedly, to sign up for the sort of white picket fence life and have those nice things and live out a nice life.

I think those are sort of very real, palpable, and obtainable dreams and aspirations of so many people that we’re sort of raised to think that in a way, and Philip has come from an extremity of that, a very harsh place, very difficult place, and there’s a real opportunity to live out a real dream. It’s in front of him, it’s obtainable; he just has to balance it with an incredibly difficult lifestyle.

Last season, it was very apparent that Philip loved Elizabeth more than she loved, him and it’s teased that in Season Two we see a shift in Elizabeth’s feelings. How is that going to play out as far as jealousy is concerned?

You’ve hit the nail on the head of quite a punchy theme for the Jennings this season, this other element you bring to the relationship as this new relationship evolves. All of a sudden, these two people that have fulfilled a very specific mandate all these years about sleeping with people for information, suddenly their feelings become real, and the green-eyed monster makes a very rude appearance in their lives and it’s incredibly difficult for them to deal with.

It continues and they struggle, and it’s magnified by a million because of what they have to do. So there’s no resolve; it’s certainly an ongoing problem for them, but it’s certainly a very present theme for them this season.

I would imagine so. What we’ve done in the second season is kept it very close on the time scale to the first season. There are definitely elements that are period specific that play into our season, and that certainly happens. Dependent on how many seasons we go as to how far into the 80s we get I’m not sure, but we definitely use current events ’81, ’82 in the second season, and they play very major storylines with us.

What kind of research were you able to do about the Soviet spy program prior to accepting this role?

An incredible amount, actually. Research to me now, as an actor, is always slightly amazing. When I first left drama college many moons ago I remember research as going to a library and taking out books, or if you had to have an accent you’d get on a train with a tape recorder and tape those people. And now you type in YouTube on your browser and off you go, and the amount of information I found, not just on the Internet, but on YouTube was staggering really, and it was all done on the sofa with a laptop. But it is sort of amazing.

There’s an incredible book about the KGB archivist who was archiving everything for the KGB. He was sort of charged with this job of documenting everything for the KGB, and he did two copies; he did one for the KGB and one for himself, and then eventually walked into the U.S. Embassy and said, “I am the official KGB archivist and I have all this stuff.” The U.S. thought it was a sting and said, “Get out.” He went to the Swiss Embassy, and so everything he documented is available, which is amazing really.

And the more disturbing stuff I found was like when the wall fell, and  in East Germany all their files became public knowledge, and all these sort of people found out who had been informing on them all their lives. So husbands found out their wives had, and wives found out that husbands had, and it’s sort of incredibly disturbing, I thought, what that knowledge becomes once it’s available.

Given the historical context of the show and the growing insurmountable odds gathering against the Jennings, do you foresee a happy ending is possible for them on the show?

I think they can, and I think that was laid down by Philip in the first episode of the first season, where he presented the defection packages basically saying they could go into witness protection, they could work for the U.S. government, they can be put into hiding, make a lot of money and live out their days. I think there’s an element of Philip that still hangs onto that dream. The realization of how unsustainable their lives are and how unsafe it is becoming for the children sort of grows day by day. I think that in the back of his mind, “happily ever after” for Philip is louder than ever.

Season Two of The Americans premieres this Wednesday, Feb 26th at 10pm, exclusively on FX.