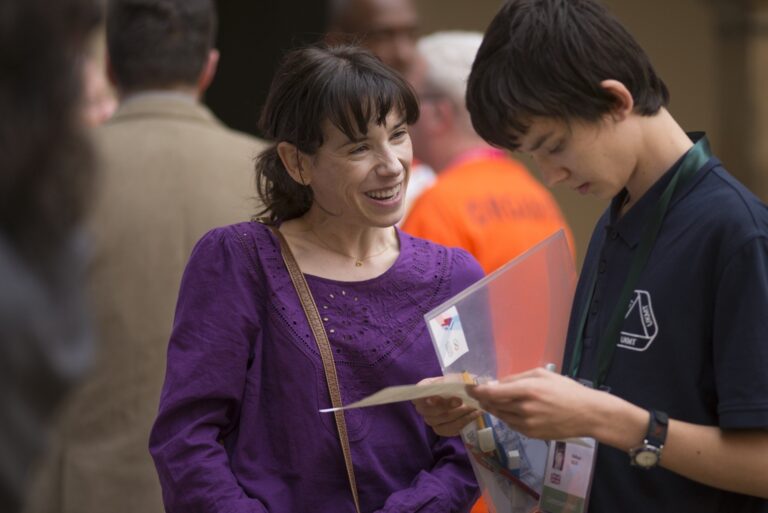 Asperger’s syndrome has been traced back to some of history’s most brilliant minds, such as Albert Einstein and Benjamin Franklin. The notion of Asperger’s, however, has merely been around for a couple decades and it’s only been in recent years that we’ve seen the disorder explored in media. There have been a few movies centered on characters with Asperger’s, like Adam, and there are also several characters on television that demonstrate signs of having it, such as Abed Nadir from Community and Sheldon Cooper from The Big Bang Theory. A Brilliant Young Mind not only offers one of the best portrayals yet of a person with Asperger’s syndrome, but it’s furthermore a great film about human communication.

For those that don’t know what Asperger’s is exactly, it’s an autism spectrum disorder that affects one’s social skills. While people with Asperger’s often suffer from communication issues, many of them are brilliant in their own, unique way. Young Nathan Ellis, played by Asa Butterfield of Hugo, is a mathematical wiz who sees the world in numbers and patterns. Yet, he’s unable to properly function in the physical world around him. He rarely speaks to others, requires his meals to be served a particular way, and becomes overwhelmed with anxiety when others try to shake his hand.

The one person who was able to reach Nathan was his childlike father, who died in a car crash. Nathan’s patient mother, beautifully played by Sally Hawkins, loves her son more than anything and desperately wants to make a connection with him. Her efforts prove futile, however, as Nathan resists opening up to her. The closest thing Nathan has to a friend is Mr. Humphreys, his cynical teacher with Multiple sclerosis played by Rafe Spall. Where Nathan feels emotionally unable to have a meaningful relationship with anybody, Humphreys feels physically unable to have a meaningful relationship. Of course Humphreys’ condition also takes a toll on his personality, always having something smartass to say.

Nathan is used to being the smartest person in the room, or at least the weirdest. That changes when he lands a position on the British team at the International Mathematics Olympiad. Surrounded by other geniuses and even another young man with a form of autism, Nathan finds that he’s painstakingly average. He begins to realize that mathematics is a universal language and, more importantly, there’s more to life than studying. He goes on to befriend a Chinese girl named Zhang Mei (Jo Yang), who is also competing in the Olympiad. Through their friendship, Nathan comes out of his shell and discovers feelings he doesn’t entirely understand.

A Brilliant Young Mind is the first fictional film from director Morgan Matthews, who’s previously only directed documentaries, and the feature film debut for screenwriter James Graham. Along with an exquisite acting ensemble, they’ve made a tender and sincere story that addresses the communication barriers we put up, be they personal barriers, physical barriers, emotional barriers, or language barriers. Breaking these barriers down may be harder for some. Once they do, however, they can start to see the world in a whole new light.

A Brilliant Young Mind not only offers one of the best portrayals of a person with Asperger's syndrome, but it’s furthermore a great film about human communication.