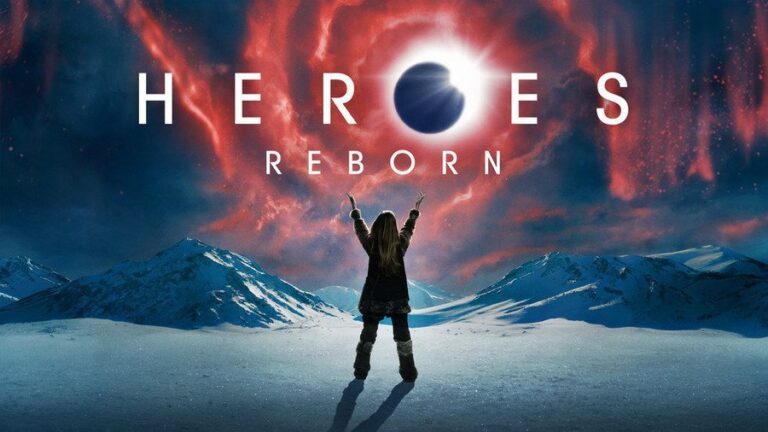 Remember way back in 2006 when the first season of Heroes debuted and it was great, but then slid into varying levels of horrible in the follow-up seasons? NBC does, and the Peacock Network is doing its best to return to that potential that was squandered with this new mini-series revamp Heroes Reborn.

When a terrorist attack on a peace keeping summit in Odessa, TX between “Evos” (powered people) and humans leaves the city in ruins, Evos take the blame and society turns on them. Taking a page from the X-Men, the government begins requiring Evos to register, while hate crimes begin to grow against their kind. Super-powered individuals are now forced to hide their abilities from the public just to survive, while an enormous threat has been growing and soon the world will again need saving.

The two-hour premiere of Heroes Reborn is split into two chapters, Brave New World and Odessa, under the overall banner of Volume 1: Awakenings, keeping the same graphic novel naming style as the original series. The dual episode premiere was an absolute necessity as there are so many storylines and characters to establish, that after watching the episodes, I still felt like I only watched the prologue to the show.

If this sounds familiar, that’s because the same trappings that bogged down the original series are extremely present in this new revamp. Brave New World and Odessa are packed with overstuffed, convoluted storylines featuring just as many unlikable characters as likable ones. Heroes Reborn regurgitates many well-known tropes of comic books (especially the aforementioned X-Men), but regurgitates them in ways that don’t even try to create something fresh. Heroes was ahead of its time in providing an ambitious, large-scale first of its kind comic book TV show, in a pre-Marvel Cinematic Universe world. In contrast, Heroes Reborn feels like a dated, past-its-prime reboot that missed out on the true comic book resurgence.

So many things don’t work in the first two episodes, including the biggest name cast addition Zachary Levi as vigilante Luke, who was present on that dark day in Odessa and suffered a tragic loss. Levi’s usual “every man” charm is thrown away for a gun-toting, steely resolve that sucks most of the fun out of the usually very talented actor.

Brave New World has a strong opening, but then gets so scattered while introducing us to the rest of the ludicrous amount of new characters, that at times it was tough to follow just what the hell was going on in so many seemingly unconnected plot lines. Odessa brings most of the stories a slight bit more full circle, but there’s still a bizarre B-plot about a girl named Miko (Kiki Sukezane) that can enter a video game world called Evernow in order to attempt to save her father, who is trapped in that game dimension. It’s just as baffling and disconnected as it sounds, but it does provide one laugh-out-loud nerd joke that got me.

High school teenager Tommy (Robby Kay, Once Upon a Time) is essentially your Peter Parker to the forming Heroes Avengers team – only, you know, less witty and endearing. Tommy spends most of Brave New World seeking help with his powers and most of Odessa trying to get his high school crush (Gatlin Green) to like him – all the while being manipulated by those around him and being saved by a creepy old man with mind-wiping powers that is tailing him. Yikes.

The show also introduces the first actual costumed hero to this world, a Luchador inspired vigilante with a cool Luchador-themed mask, but with goofy, stylized Batman-style armor – complete with a pseudo-armor championship belt. Ha. This hero is somehow connected to former soldier/ladies’ man Carlos (Ryan Guzman) that finds himself sucked into the world of the vigilante. This bit of the premiere felt like one of the more unique ideas that Heroes Reborn brought to the table, but thus far the Guzman’s character has yet to become enjoyable to watch in the first two hours.

Heroes Reborn has also promised the return of more old Heroes faces, but the premiere really only provides some solid H.R.G. action and saves the rest for future episodes. Jack Coleman returns as Noah Bennet aka H.R.G. (Horn Rimmed Glasses) as the main thread connecting a new cast of heroes with the previous series and takes MVP in a return to form for the actor and character as the pivotal center to the mystery of the Odessa attack.

The final straw for Heroes Reborn is the sketchy and inconsistent production values that really don’t help in selling the show to a modern audience that has become accustomed to The Flash-level special effects. Timing is certainly everything with genre shows like this, and Heroes Reborn feels like a show that missed its window, yet is still trying to cash in on the genre popularity, but without bringing anything new to the table.

Inconsistent production values and comic book cliches are riddled through both hours of this premiere. This series rebirth feels past its expiration date and is so overstuffed with characters and convoluted plots, that it's more exhausting than entertaining.