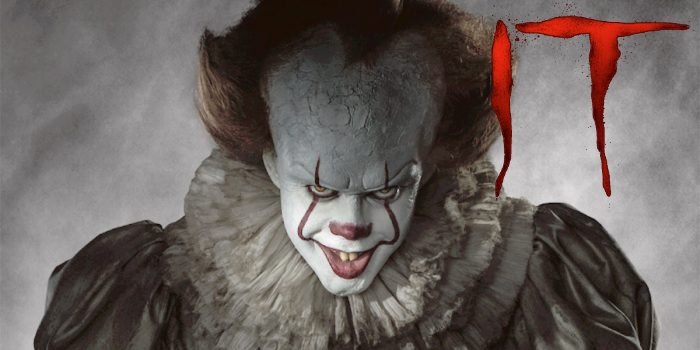 This year has already provided a disappointing Stephen King adaptation, but fans of the master of horror need not worry because The Dark Tower may have been a bust, but IT is nearly everything they could have hoped for in this modern update of the source material.

Based on King’s iconic novel about a supernatural killer clown, director Andy Muschietti makes all the right decisions when bringing the property to 2017 audiences. Anyone who grew up with Tim Curry’s terrifying take on Pennywise the Clown from the otherwise mediocre made-for-TV film from the early 90s will be in for a treat with this film. Riding the wave of 80s nostalgia evoked by Netflix’s Stranger Things (an obvious homage to King’s work), the film wisely centers on a group of kids with bikes from that time period and plays with the adolescent angst and drama to wonderful degrees.

The town of Derry has been the site of many horrors, to the point where a curfew has been enacted for all residents. Bill Denbrough’s (Jaeden Lieberher) younger brother Georgie (Jackson Robert Scott) went missing during a rain storm and Bill has refused to let go of the loss ever since. When strange occurrences begin attacking the town’s youth, a group of misfits find themselves drawn together to solve the mystery and confront the danger afflicting their town.

While plenty of viewers may be affectionate towards Curry’s portrayal of Pennywise, Bill Skarsgård’s sadistic take (aided by CG and creepy practical makeup) on the supernatural clown is an immediate classic and should haunt the dreams of a whole new generation. The child actors are also fantastic, with Stranger Things alum Finn Wolfhard as the standout, scene-stealing, incredibly foul-mouthed Richie. The chemistry of all the boys and their newfound friend Bev (Sophia Lillis) are the clear core of the film and none of it would work if they all weren’t so good in their roles.

While fans of the novel are well aware the story is told mostly from an adult point of view with flashbacks to the childhoods, this film never jumps ahead, making this film version a “kids with bikes” tale referred to as Chapter One, leaving a sequel open to explore the rematch with Pennywise and the surviving adult versions of the characters. Unfortunately, this could be problematic because this young cast is so good, the next chapter has big shoes to fill in order to endear itself to audiences as well as this installment, with its Stand By Me-meets-horror film vibe.

Aside from one too many jump scares and some iffy CG used to make Pennywise a bit more scary in a few scenes, it’s hard to fault much with this adaptation. There’s wonderful cinematography and plenty of humor, heart, and legit scares that should easily earn IT not only some seriously solid box office, but a place as one of best recent adaptations of beloved books – not to mention one of the best horror films in recent years.

A terrific young cast grounds a solid adaptation of King's beloved source material that focuses on the best elements of the book with a heaping helping of heart, humor and legit scares.