Movie Review: ‘Manchester by the Sea’ 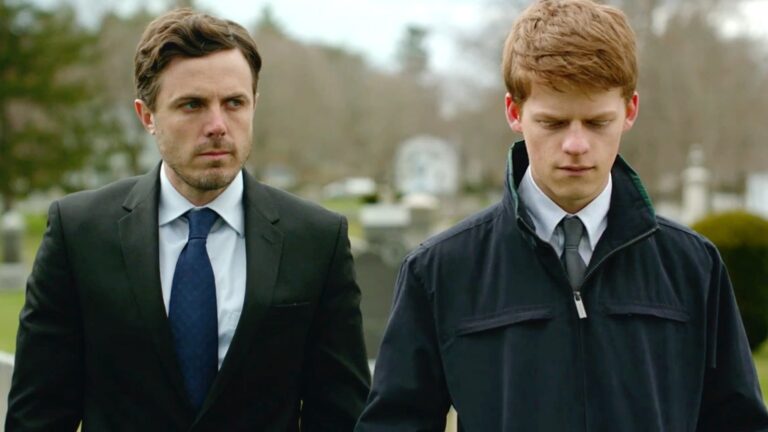 Casey Affleck is one of our finest actors, but he often gets overshadowed by his big brother, Ben Affleck. Even before Ben got his career back on track with movies like Argo and The Town, people seemed to forget about his little brother. Casey Affleck has slowly been growing in popularity over the past decade, however, earning an Oscar nomination for The Assassination of Jesse James by the Coward Robert Ford and starring in his brother’s directorial debut, Gone Baby Gone. In Manchester by the Sea, Casey delivers a raw, powerful performance that should mark a significant turning point for his career.

Affleck plays Lee Chandler, a janitor for an apartment building. Lee lives a bitter, hopeless existence. He avoids meaningful relationships and human contact in general. At a bar, he’d rather pick a fight with a couple strangers than go home with a woman who’s clearly into him. Through flashbacks, though, we find this wasn’t always the case. Lee was once a fun-loving, charismatic guy with adoring children and a devoted wife, played by Michelle Williams in a Best Supporting Actress-caliber performance. These flashbacks are never too romanticized, as we see Lee’s marriage is far from perfect. Nevertheless, Lee is clearly happy and loves his family more than anything. Then when tragedy suddenly strikes, it’s a downhill spiral for our main character.

Back in present day, Lee learns that his brother Joe (Kyle Chandler) has died after years of battling an illness. To Lee’s surprise, he’s asked to become the legal guardian of Joe’s teenage son Patrick, played by Lucas Hedges in a strong supporting performance. After enduring so much tragedy, Lee doesn’t feel that he can be a father figure. Even if he did take custody of Patrick, Lee couldn’t live in North Shore with so many locals looking down on him. Lee attempts to do right by his nephew, though, and find a solution that works for everyone.

Manchester by the Sea is largely about the power of family and moving forward, but it avoids all the clichés you would expect from a movie like this. The filmmakers understand that grief isn’t something that a character can overcome within 137 minutes. Every person here deals with heartache in a different way. Lee copes with loss by cutting himself off from the rest of the world. Patrick is more open to confiding in others, although few people fully comprehend what he’s going through. Lee’s ex-wife has seemingly started anew, but there are still mental scars that’ll likely never go away.

All of these characters are looking for answers, but keep coming up short around every corner. That’s basically grief in a nutshell. The fact of the matter is that terrible things happen for no reason sometimes. There isn’t always an easy solution and we all have to process these emotions in our own way. This is where the real strength of Manchester by the Sea comes from. It gives us a brutal, honest piece of reality without pulling any punches. While the ending does offer some closure, it also reminds us that the healing process never truly ends.

The film comes from writer/director Kenneth Lonergan, who previously worked on You Can Count on Me, Analyze This, and Gangs of New York. Manchester by the Sea is perhaps his magnum opus, turning in one of the most authentic representations of grief in modern cinema. Of course it also helps that Lonergan has a superb leading man to work with.

In the hands of a lesser actor, Lee could have just been a brooding shell of a man. Affleck brings incredible depth to the character, however. Behind Lee’s cold exterior is an inconsolable human being calling out for help. Affleck motivates the audience to look closer at Lee and find the many layers underneath. It’s a performance that overflows with humanity, elevating Manchester by the Sea to another level of greatness.

Overflowing with humanity, this is a brutal, honest piece of reality, and one of the most authentic representations of grief in modern cinema.