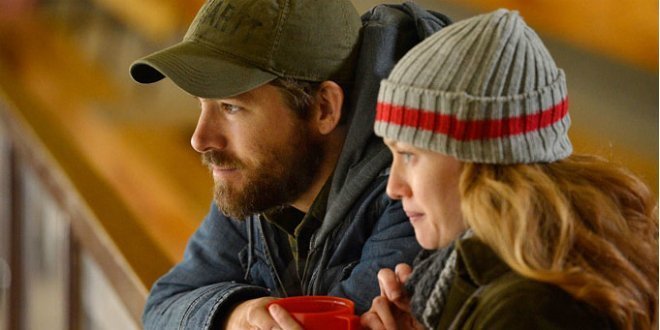 When Matthew (Ryan Reynolds) pulls into the parking lot of a local diner with his 10-year-old daughter, Cassandra, he doesn’t think twice about leaving her in the truck while he runs in to grab something for dessert. But when he returns less than five minutes later to find that Cassandra has vanished, he kicks off a nightmare that no parent should have to endure.

Matthew’s wife Tina (Mirielle Enos) blames him for the abduction, while local detective Jeffrey (Scott Speedman) is convinced that Matthew fabricated the story to cover up something far more sinister. His partner, Nicole (Rosario Dawson), specializes in cases involving children and knows Matthew is telling the truth, but with no viable leads to follow, the case quickly grows cold.

Eight years later, Tina is working as a housekeeper in a local hotel, and finds several items left behind in a room that seem to be related to Cassandra’s disappearance. Matthew, meanwhile, remains doggedly determined to locate his daughter, whose captor (Kevin Durand) gets a thrill out of tormenting the girl’s parents, while simultaneously using Cass to help lure other victims into a trap – not realizing that one of his potential conquests is actually Nicole, working undercover.

Atom Egoyan’s latest effort has all the ingredients of a gritty, engaging kidnapping drama. But as with any recipe, if the ingredients aren’t mixed correctly, the results can be disastrous. Such is the case with The Captive, whose characters are either under-developed, poorly written, or feel like they belong in a completely different film altogether.

Reynolds is the lone shining spot in this film, turning in an emotional and genuine performance that struggles mightily to elevate the material, but falls well short of the mark thanks to everything else being universally terrible. Enos and Speedman are both one-note characters that are impossible to relate to, and Durand seems to be playing a Bond villain – which would be great if this were a Bond film (hint: it’s not).

I also find myself scratching my head over Egoyan’s decision to use a non-linear narrative, because this choice didn’t serve the characters or story in any way, shape, or form. Nixing this format would have helped tremendously – but probably not enough to offset the poorly written characters and sub par performances. There are some talented actors here, and the basic premise is compelling – but everything about the execution of Egoyan’s vision seems to have gone wrong.