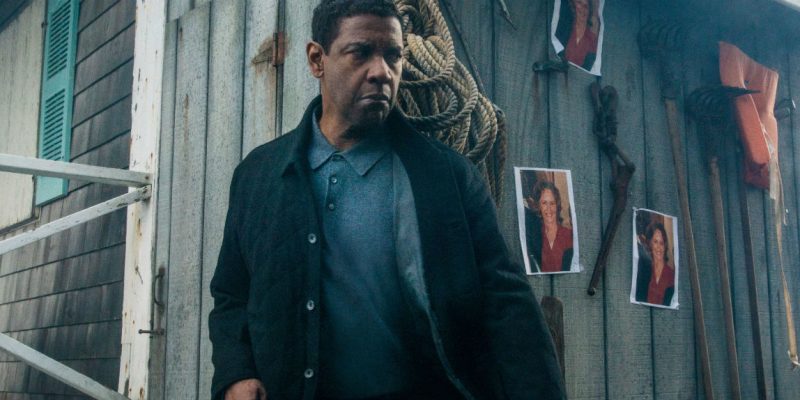 If you scroll through Denzel Washington’s lengthy resume, one thing you won’t find is a sequel: the two-time Academy Award winner has never returned to the same role twice. But there must have been something about his experience shooting 2014’s The Equalizer that he connected with, because for the first time in his career the legendary leading man is stepping back into the shoes of a character he previously portrayed.

If you think that Washington’s decision to wade into sequel territory for the very first time must be indicative of a remarkably strong script full of well-developed characters, I’m here to deliver some bad news: The Equalizer 2 is far less engaging and entertaining than its predecessor, which wasn’t exactly Washington’s best effort to begin with. The film opens with Robert McCall (Washington) aboard a Turkish passenger train, disguised (poorly) as a Muslim and hot on the trail of some kidnappers. After dispensing his lethal brand of justice, we return stateside to learn that McCall is a Lyft driver (the ride-share service must have ponied up quite a bit of money for the near-constant brand placement), which affords him ample opportunity to help random folks in need.

Take, for example, the intern he picks up outside a luxury hotel, clearly the victim of a traumatic event that left her clothes torn and her face bruised. After dropping her at a local hospital, McCall returns to the scene of the incident to deal with the perpetrators, a smarmy group of stockbrokers/trust fund brats/lawyers (it’s not clear what exactly they do, but they all have expensive haircuts and behave like douchebags, so those professions are the most obvious possibilities). The beatdown he administers is punctuated by his demand that one of the punks give him a 5-star rating for the night’s earlier Lyft pickup (I’m not kidding).

The film meanders like this for the first 30 minutes or so before finally settling into the actual plot: while investigating the death of a sleeper agent in Brussels, McCall’s former CIA boss Susan (Melissa Leo) is savagely murdered in her hotel room. The local police are chalking it up to a robbery, but when the meth-addled suspects also turn up dead, McCall smells a conspiracy, and recruits his former partner Dave (Pedro Pascal, sporting a very convincing American accent) to help him track down the men responsible for eliminating their former boss. Shoehorned into these proceedings is a subplot where McCall tries to steer local youth Miles (Moonlight‘s Ashton Sanders) away from the local gangs – it’s the film’s best and most believable material, but gets lost in the shuffle when Miles unwittingly becomes a pawn in the larger story.

Washington’s performance here is consistent with his work in the previous film, which is to say he’s playing a variation on the same character he’s been playing for years. If you’re a fan of Washington as a general rule, you shouldn’t be dissatisfied with his portrayal – instead, you can reserve your disappointment for the film’s slow pacing, uninspired action beats, and underwhelming “reveal” of the true villain, which nearly everyone in the theater will have figured out long before the film decides to catch up. The Equalizer 2 is a sequel that not only fails to live up to the original film, but also begs the question: “why bother?”

PHOTOS: Glassjaw at The Van Buren in Phoenix, AZ