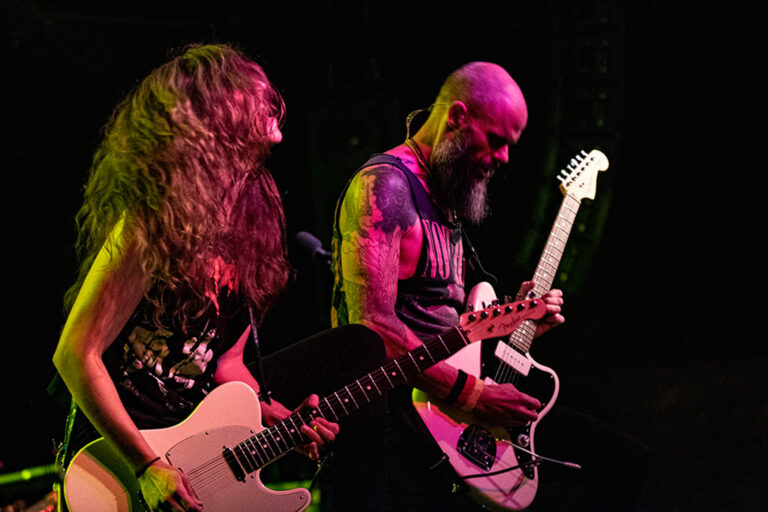 BATON ROUGE — Heavy metal artists Baroness held their own kind of church when they stopped by The Varsity on Sunday night, along with political punk rock outfit War on Women.

Baton Rouge marked the Baltimore-based War on Women’s first show with Baroness, and if lead singer Shawna Potter hadn’t pointed it out, no one would have ever been the wiser. Their lyrics lean toward angry and express the exasperation of a generation frustrated with the world around them. Potter’s voice ranged from growling to screaming, but she did both with great aplomb.

The venue went dark and the crowd erupted as Baroness took the stage. The production was simple: they didn’t need lasers and strobes. The band really allows their musicianship to take center stage. Playing songs from their newest release Gold & Grey, frontman John Baizley and guitarist Gina Gleason were in such synch it was mesmerizing. Gleason is really enigmatic, stomping around the stage and really showing a virtuoso talent.