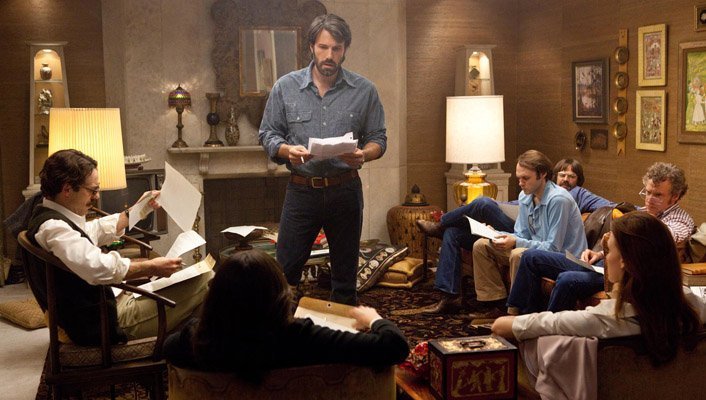 As Iranian militants seize the US Embassy in Tehran on November 4, 1979, six American citizens evade capture and escape on foot, seeking refuge in the residence of the Canadian ambassador. Knowing that the escapees will be executed if they are discovered, the CIA enlists exfiltration specialist Tony Mendez (Ben Affleck) to assist in planning an exit strategy. Mendez concocts an elaborate plan to reinvent himself and the hostages as a Canadian film crew, visiting Iran to scout locations for an upcoming production.

With the help of legendary Hollywood makeup artist John Chambers (John Goodman) and a tough-as-nails veteran producer (Alan Arkin), Mendez begins constructing the details of the cover story, centered around the filming of the science fiction epic Argo. With a production office, a writeup in Variety, and a highly publicized reading of the film’s script attended by major Hollywood players, Mendez has more than enough to lend legitimacy to his story. Now all he has to do is convince the hostages to trust him…

The production design is top-notch, with an uncompromising attention to detail that perfectly captures the tone of the era, and the talented ensemble cast is firing on all cylinders. The film is padded with plenty of archive footage that further add to the authenticity, and it’s not difficult to draw parallels between the events which led to the Iranian Hostage Crisis and the current political climate.

Working behind the camera for the third time, Affleck continues to establish himself as a master of pacing and storytelling, and infuses a surprising amount of humor into a suspenseful, white-knuckle political thriller while simultaneously turning in one of the best performances of his acting career. Expect plenty of buzz to be levied at Affleck and company during awards season, and rightfully so – this is a frontrunner for best film of the year.