REVIEW – The awkwardness of youth is on full display in ‘The Way, Way Back.’ 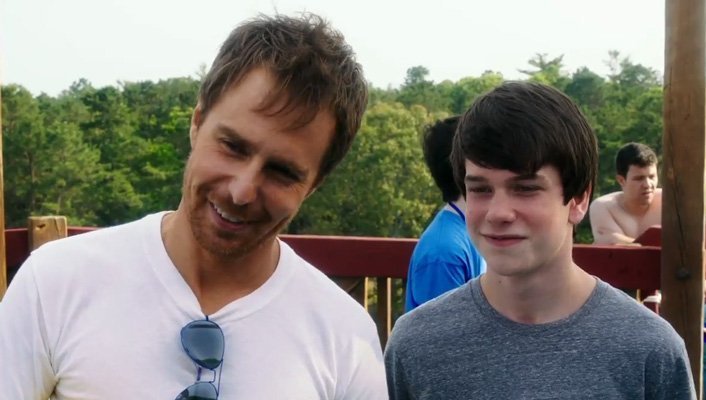 Anyone who has managed to successfully navigate the troubled waters of adolescence remembers exactly what it felt like to be awkward and misunderstood, to be unable to relate to adults and to be tongue-tied around peers of the opposite sex. It’s a trying time for all of us, and yet when we look back we often remember it fondly, which seems to be the feeling that directors Jim Rash and Nat Faxon wish to evoke with their new film, The Way, Way Back.

14-year-old Duncan (Liam James) is crammed into the back of a station wagon on his way to spend the summer with his mother (Toni Colette) and her new boyfriend, Trent (Steve Carell). Shy and quiet, the idea of spending his days at a beach house is just about the worst possible scenario Duncan can think of, especially when being subjected to constant belittlement at the hands of the overbearing Trent.

Duncan makes an unlikely friend in Owen (Sam Rockwell), the swaggering, carefree manager of a local water park who immediately recognizes the boy’s predicament. Owen takes Duncan under his wing, offering him a job at the park and slowly coaxing him out of his shell, bolstering the boy’s confidence along the way. But when Duncan uncovers a secret about Trent that may bring his summer to a screeching halt, he’s forced to decide what kind of man he truly wants to be.

This is the second coming-of-age film I’ve seen this year (The Kings of Summer being the first) wherein the child actors completely steal the film away from their adult counterparts. Liam James perfectly captures the awkwardness of youth and the joy of simple things like receiving your first paycheck, or that nervous feeling when a pretty girl smiles at you. In this case, the pretty girl is next-door neighbor Susanna (AnnaSophia Robb), who finds herself struggling to establish her own identity away from the texting, gossipping girls she pals around with.

That’s not to say the supporting cast are phoning it in – on the contrary, Rockwell exhibits sheer brilliance with every word and every action he offers, and equally hilarious is Allison Janney as Susanna’s nosy, wine-guzzling mother. It’s also nice to see Steve Carell playing against type for a change, although it’s difficult to dislike him, even when he’s being a dick – come on, it’s Steve Carell.

The Way, Way Back is an expertly crafted film where each of its characters are forced to confront the truth about themselves, and whether those truths are uncomfortable or thrilling or humorous, the audience is along for the ride because we can remember exactly where we were and how we felt when we were forced to do the same thing.