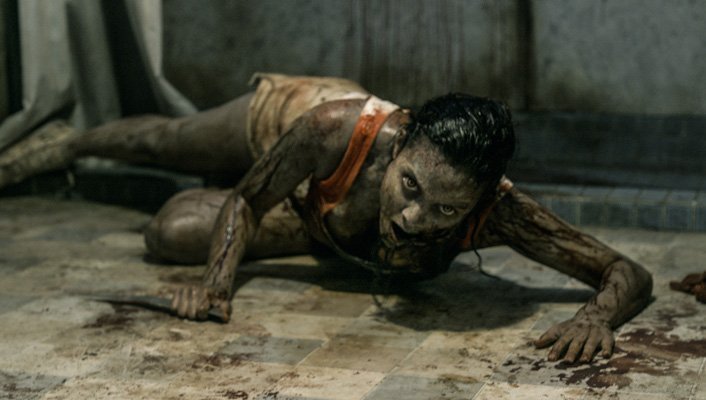 Evil Dead is the latest in a long line of Hollywood horror remakes, but stands apart from the rest by virtue of having Sam Raimi, the director of the original cult classic, attached as producer alongside Bruce Campbell, who starred in the first film and its sequels. They hand-picked writer/director Fede Alvarez to update the material for a modern audience, and he obliges in spectacular, blood-soaked fashion.

The basic pieces are still here: five friends in a cabin discover an ancient tome that unleashes a powerful demonic force which causes them to commit terrifying, unspeakable acts of violence to themselves and each other. The stomach-churning level of brutality on display is far more graphic than most audiences will have ever seen before, and Alvarez delivers a pulse-pounding, gore-streaked homage to Raimi’s 1981 classic that simultaneously delights and disgusts.

Faithful to source material. Plenty of nods to the original film. Incredibly violent.

Shockingly, relentlessly brutal and genuinely scary, this is quite possibly the best horror remake yet.