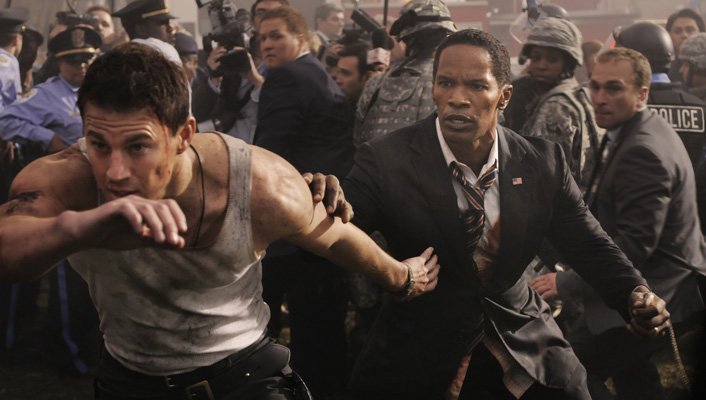 A scant three months after Gerard Butler waged a one-man war against White House invaders in Olympus Has Fallen, it feels as though we’re revisiting some remarkably familiar territory with White House Down, which sees Channing Tatum as a Capitol policeman… waging a one-man war… against White House invaders. Actually, it’s probably more accurate to call this a two-man war, as it doesn’t take long for Tatum to join forces with the President of the United States (Jamie Foxx) to take down the bad guys.