REVIEW – Hemsworth and Brühl keep the pedal down in Ron Howard’s ‘Rush.’ 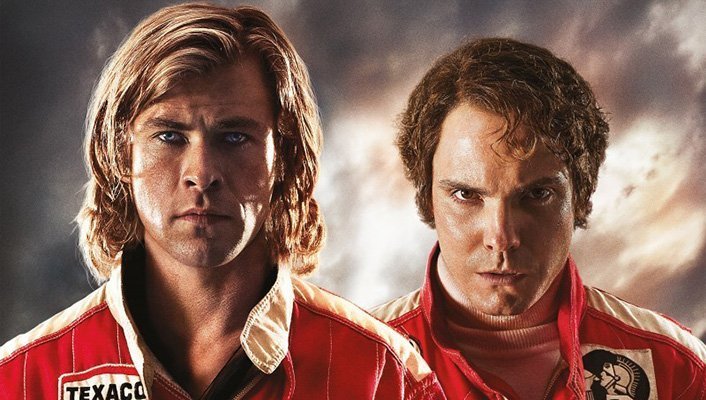 Racing has never been a sport that resonated with me. In fact, I’m not entirely sure that I believe driving around in circles for hundreds of laps at hundreds of miles per hour should qualify as a sport. So it was with much trepidation that I sat down for Ron Howard’s Rush, which tells the story of the rivalry between Formula One drivers James Hunt (Chris Hemsworth) and Niki Lauda (Daniel Brühl).

Moviegoers that have grown accustomed to the image of Hemsworth as Thor will find plenty of surprises here, as the charismatic actor embodies the eccentric Englishman with a completely different kind of swagger and confidence. Hunt was infamous for his party-boy persona, and Hemsworth brings it all to life, reminding us exactly why the public was so fascinated with Hunt to begin with.

Brühl plays Lauda as Hunt’s polar opposite, a disciplined and meticulous professional for whom the limelight holds no appeal. Lauda’s only goal is to be the absolute best as what he does, and Hunt’s ability to remain competitive without ever seeming to take the sport seriously is a constant source of frustration.

Howard does a brilliant job of building tension toward the legendary events at Nürburgring in 1976, all the while showcasing the dichotomy between each racer’s personal lives and how it affects their performance on the track. There’s plenty of excitement, particularly for fans of roaring engines and squealing tires, but make no mistake – Rush is very much a character-driven film, and a damn good one. It just happens to be a little more adrenaline-fueled than most.