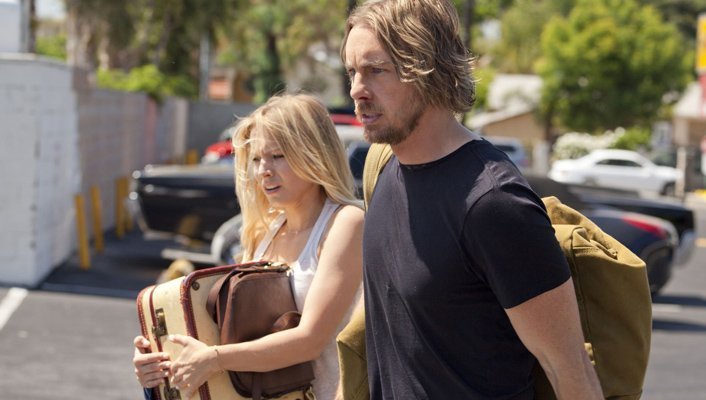 Former getaway driver Charlie Bronson (Dax Shepard) has spent the past four years in the Witness Protection program after testifying against his former partners when a bank robbery goes awry and turns into a homicide. He enjoys a quiet, peaceful existence in a small town with his live-in girlfriend, Annie (Kristen Bell), and has developed an awkward friendship with Randy (Tom Arnold), the bumbling US Marshal assigned to watch over him.

When Annie receives the job offer of a lifetime, Charlie is forced to choose between the relative safety of his new life in protective custody, or the opportunity to return to his hometown and face his past in order to help Annie pursue her dreams. It’s a risk he’s willing to take, but he doesn’t count on the interference of Annie’s obsessive ex-boyfriend (Michael Rosenbaum) or the reappearance of his former partner (Bradley Cooper).

There are plenty of chase scenes sprinkled throughout the film, each made all the more impressive by the fact that Shepard does the majority of his own driving. Whether it’s the hot-rod Lincoln that Charlie built with his father or a brand new Corvette stolen from a motel parking lot, Shepard looks at home behind the wheel, and every scene features a unique stunt that ensures things never get stale or feel recycled.

Hit and Run may have its fair share of chases, as well as the occasional shootout, but at its heart the film wants nothing more than to be a romance. This is never more clear than during Charlie and Annie’s lengthy dialogue exchanges, which benefit greatly from the chemistry between real-life couple Shepard and Bell. Every conversation has a distinctively truthful ring to it, and long-term couples should find plenty to relate to.

Despite so many good qualities, Hit and Run certainly isn’t without its faults. Tom Arnold’s goofy and incompetent federal agent is entirely too over-the-top and feels out of place in this film, and several of the supporting characters seem to serve no purpose whatsoever. But with plenty of laughs and more than a few thrills, it’s easy to look past these complaints.