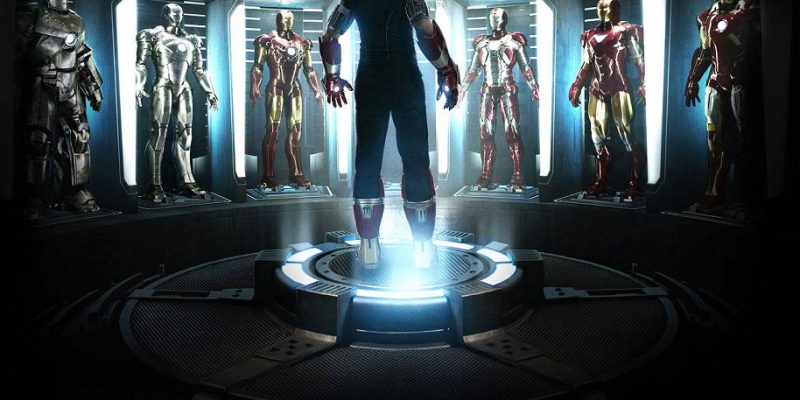 Something is off with Iron Man 3. No, Robert Downey Jr. is still great in the role… and the special effects are as good as ever… maybe it’s the odd choice to have it set during Christmas when it’s 100+ degrees currently in Arizona. Maybe it’s the fact that the somewhat grounded Iron Man solo franchise feels out of place in a post-Avengers cinematic universe, but as badly as I wanted to love this film I could only muster a passing “like.”[pullquote_right]Shane Black made this movie “Tony Stark 3” and not Iron Man 3.[/pullquote_right]

Writer/director Shane Black is a very talented man and has done some great work with Robert Downey Jr. (look no further than Kiss Kiss Bang Bang) and he gave it his all with Iron Man 3. In essence, he made this movie “Tony Stark 3” and not Iron Man 3, leaving ol’ shellhead as a much smaller element to the overall equation. Which isn’t necessarily a bad thing when you’ve got RDJ in the role, but the amount of time spent out of suit in this film is staggering. People have complained about Peter Parker always unmasking in the Spider-man films, well Tony is sans-suit to a much greater extent here, and it certainly alters the feel of the movie.

While Black brought some much needed new blood and stylistic flair to the franchise, many of the early parts of the film (especially the flashback to 1999) look uncharacteristically cheap and hokey, like they were thrown together for a web prequel. But more importantly in my mind, the issues inherent to the film are in the script and how over-the-top it goes, making this one almost feel like some kind of quasi-reboot.

Also, I will not go into detail on what they do with The Mandarin (Ben Kingsley) but this will certainly be a hot topic for many nerd debates upon the film’s release. It’s a really interesting choice for the character and one of the best kept secrets in a blockbuster movie recently, but is it a good one? My answer would be it’s interesting, weird, gimmicky… and no, not a good choice. It changes the entire credibility of the movie in my opinion.

Additionally, the Extremis villains that are woven into the plot never really work and feel like they belong somewhere else, maybe the X-men franchise. Iron Man 3 is certainly taking place in a post-New York invasion world (and the script certainly tells us that as often as possible), so long gone are the grounded tech-suited villains from the first two films, in favor of full-on super-powered fiery indestructible T-1000 like Extremis villains who are essentially underdeveloped baddies (the exception being their creator) that come across silly in many shots, and downright laughable in a few. One breathes fire. I AM NOT JOKING. They provide a power-level match and fodder for Iron Man and War Machine/Iron Patriot and little else.[pullquote_left]Feels like a kinda cool but weird fever-dream you had while waiting for the release of the real Iron Man 3.[/pullquote_left]

Lastly, the story progression and the way it’s presented is jerky, transitioning from humorous to campy to serious to comic book-y with not quite as much finesse as you’d expect from Shane Black, and ends up feeling like the film is cut-up pieces of different Iron Man movies grafted back together into one Iron Frankenstein. Throw in that it takes place during Christmas time (for no apparent reason), there’s a random kid sidekick (also no apparent reason) and it all just feels like a kinda cool but weird fever-dream you had while waiting for the release of the real Iron Man 3.

Now that we’ve got the unpleasantness of all the bad out of the way, let’s talk what actually works in the film. The script treats Pepper Potts (Gwyneth Paltrow) and Happy Hogan (Jon Favreau) as well as they’ve been treated thus far and makes them integral to the plot, which is a very welcome upgrade. Robert Downey Jr. is given the most complex material to deal with internally for Tony Stark to date and he absolutely nails it, with the slight exception of being given one too many jokey lines this time out.

On the action front, even though we’ve glimpsed every major sequence in the trailers (nothing held back unfortunately), these still come across as completely thrilling in their execution, especially the big finale. Iron Man 3 easily features some of the best set pieces in ANY Marvel film and this movie certainly can’t be faulted for its lack of spectacle.

I also mentioned Peter Parker earlier in the review, and I absolutely love how Shane Black injected the downtrodden parts of that character into Tony for this movie. Tony’s suit breaks down and doesn’t work half the time (new suit Mark 42 is almost a character unto itself by film’s end). He can’t keep his composure. He screws up constantly. The man just can’t catch a break and you love him even more for it, especially when almost all that he has is taken away from him. Not to mention he does some pretty awesome things without all his suits and his tech at his disposal, making him an even more impressive individual.

You may notice to this point I haven’t mentioned the character of Aldrich Killian (Guy Pearce) or James Rhodes (Don Cheadle) at all and that’s for a specific reason. Mainly because I can’t discuss the important parts of Killian without MAJOR spoilers and Rhodes is basically a non-factor in the movie with maybe a good one-liner but not much else offered. I think all readers should discover the secrets of this film on their own and make their own decisions because I’m expecting viewer opinions to vary widely.

When Iron Man 3 begins to wind down you get the distinct feeling that Robert Downey Jr. and Co. are seriously considering making this the last rodeo in the solo Iron Man franchise. The story and the characters feel exhausted and ready to move on to other parts of their lives and for the first time I entertained that same thought about the characters in my mind as well. Iron Man 3 is certainly entertaining, quite funny and not the weakest of Marvel Cinematic Universe (or of the Iron Man movies) but for the first time ever the battery in the Iron Man suit has begun to lose its power.