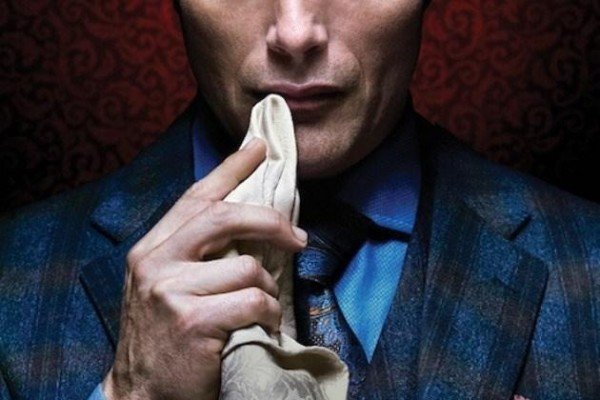 And now we come to it, the first taste of the main course. It’s a shame that at a time when the fate of Hannibal on NBC hangs precariously (NBC has renewed 5 shows but not Hannibal as of this post) the show pulls out its best episode to date on an already great show.

What makes this episode so good is the fact that this is what people expected the show to do in the Pilot episode. It drips with Silence of the Lambs homages and feels very much in line with the cinematic versions of the character. Instead, the show built up its own world with wonderfully complex and dark characters and only then gave us our first taste of the future Lambs-era Lecter five episodes deep into the season (six if you count Ceuf…don’t get me started…)

The best of the homages being the magnificent performance by Eddie Izzard channeling Sir Anthony Hopkins straight from a cell in Baltimore State Hospital For The Criminally Insane (yes, that one Hannibal fans). Not to mention a very Clarice Starling-esque character played by Anna Chlumsky (My Girl, Veep) that ended up being one of Jack Crawford’s (Fishburne) most haunting failures.

Speaking of, more superb work from him here after last week’s heartbreaking episode as he struggles with the potential upcoming loss of his beloved wife from cancer and the returning memory of his lost former protégé. We’re also introduced to the dick-ish Dr. Chilton (also yes, that one Hannibal fans) who really doesn’t like Will Graham and he entertainingly taunts him with Graham’s biggest fear: becoming one of his patients.

But what of our beloved genius killer star of the show? Another quite small role this week but man, does it deliver. Turns out patient Dr. Abel Gideon (Eddie Izzard), after getting loose and murdering a nurse, is now trying to take credit as The Chesapeake Ripper… and we finally see something get under Hannibal’s skin. His oh-so-subtle finger twitching as he heard the news spoke volumes of the anger inside him from this plagiarist, and it’s the first time we’ve seen him not fully in control of everything and everyone around him.

Which leads us to our first real look into Hannibal unleashed as the show ends with a chilling flashback that finally shows the good doctor getting his hands dirty and he’s quite pleased with himself and the memory.

Nothing really. Wait! The fact that nobody is watching and we may never get to see these stories fully play out in a season 2.

Easily the best episode of the show so far with excellent writing, superb performances, humor, scares and character progression all wrapped up in a tip of the hat to Silence of the Lambs.