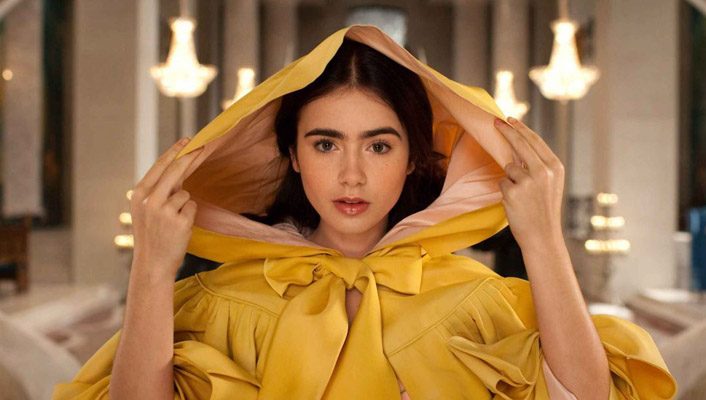 After the King disappears and is presumed dead at the hands (or claws) of a wicked beast, the Queen (Julia Roberts) seizes the thrones, with her taste for extravagant parties and lavish garments quickly driving the realm into poverty. Her jealousy and mistrust of her stepdaughter, Snow White (Lily Collins), is compounded by the arrival of a handsome Prince (Armie Hammer) that immediately takes a liking to the young girl, leading the Queen to order her execution.

[pullquote_left]Lily Collins is endearing and Armie Hammer is hilarious, but the movie belongs to Julia Roberts.[/pullquote_left]The Queen’s advisor (Nathan Lane) is saddled with the grisly task, but opts to release the princess into the forest to fend for herself, where she stumbles into the lair of seven dwarves who make a meager living by stealing from unsuspecting travelers. When she learns that the dwarves have robbed a carriage laden with taxes collected from the struggling townspeople, she convinces them to redistribute the wealth, and devises a plan to end the Queen’s tyrannical reign.

Snow White’s journey from frightened shut-in to plucky adventurer happens a bit too easily, but Collins has an especially endearing quality about her that more than makes up for the lack of character development. Hammer is hilariously self-deprecating in his portrayal of the Prince, putting himself through some truly embarrassing moments for the sake of a good laugh, and each of the dwarves have distinctly different personalities that supply plenty of humor. But the movie truly belongs to Roberts, who is obviously having the time of her life playing the Queen with a delicious level of arrogance and vanity.

[pullquote_right]Light-hearted and enjoyable, offering a fresh take on a familiar tale, with plenty of family-friendly comedy and Tarsem’s artistic flair.[/pullquote_right]The first of two films this year that will explore alternate versions of the classic fairy tale, Mirror Mirror is the latest offering from director Tarsem Singh, who is best known for stunning visuals and beautiful displays of violence in films like The Cell and Immortals. While the subject matter is decidedly lighter that his previous films, his artistic flair is still very much in display, with the costumes and set designs arguably among the best work he’s done yet. There’s also plenty of family-friendly comedy on display here, and the action sequences involving the dwarves are incredibly inventive.

Mirror Mirror is light-hearted and enjoyable, offering a fresh spin on a familiar tale while refusing to take itself too seriously, and should appeal to audiences of all ages. While some might consider a family film to be a risky endeavor for Singh, it’s a risk that ultimately pays off.

REVIEW – ‘Wrath of the Titans’

Phoenix Film Festival Interview – Cast and Crew of ‘How Do You Write a Joe Schermann Song?’