REVIEW – ‘Wrath of the Titans’ 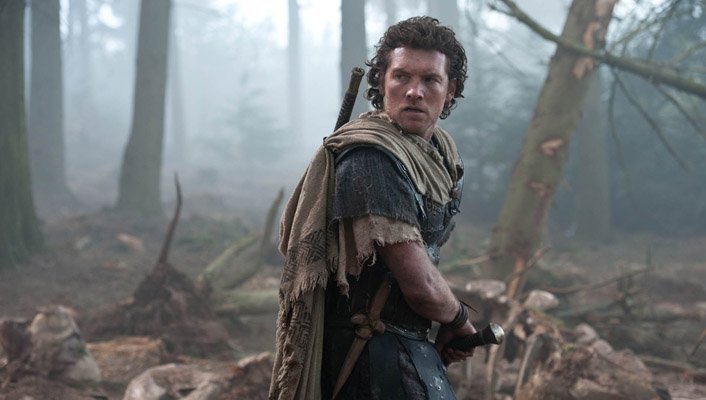 In Wrath of the Titans, which takes place approximately ten years after its predecessor, humans have lost their faith, temples of worship now stand in ruin, and the gods are losing their power. Zeus (Liam Neeson) has been betrayed by his son, Ares (Edgar Ramirez) and overthrown by his brother, Hades (Ralph Fiennes), who intends to channel his sibling’s power to free Kronos and the Titans from their prison in Tartarus.

[pullquote_left]The film drives relentlessly onward to a lackluster finale – all style and no substance.[/pullquote_left]Sam Worthington reprises his role as Perseus, now living as a simple fisherman while attempting to ensure that his son grows up in a world free of violence. It’s a nice sentiment, but difficult to manage when your village is attacked by a chimera that has just escaped from the Underworld. After vanquishing the two-headed, fire-breathing beast, Perseus embarks on a quest to rescue his father, collecting the warrior queen Andromeda (Rosamund Pike) and the demigod Agenor (Toby Kebbell) along the way.

The subsequent adventure finds our heroes battling a family of cyclops, barely surviving an encounter with the enraged Ares, and enlisting the aid of legendary weapons master Hephaestus (Bill Nighy, doing an exaggerated version of his Davy Jones character from the Pirates of the Caribbean franchise). Throw in a labyrinth and a minotaur, then top things off with a lackluster finale featuring a villain that moves at the speed of molasses sliding down a snow-covered mountaintop, and you’ve got a recipe for a film that’s all style and no substance.

[pullquote_right]The visual effects are significantly better – everything else is significantly worse.[/pullquote_right]While the visual effects in Wrath of the Titans are significantly better than the first installment of the franchise, everything else is significantly worse. The film drives relentlessly onward, rapidly hurling action sequences at the audience in a transparent attempt to distract from the gaping holes in the plot. The cast struggles mightily to inject emotion into the poorly written dialogue, and many of these characters feel nothing like their counterparts from the previous film.

Wrath of the Titans is the latest in a long line of films inspired by Greek mythology, and if parts of the plot sound oddly familiar, it’s because we’re less than five months removed from the release of Tarsem Singh’s Immortals, which features many of the exact same elements you’ll find here, but presents them with much better performances and much better visuals. The chief distinction between the two is that Immortals is a good film – Wrath of the Titans is not.