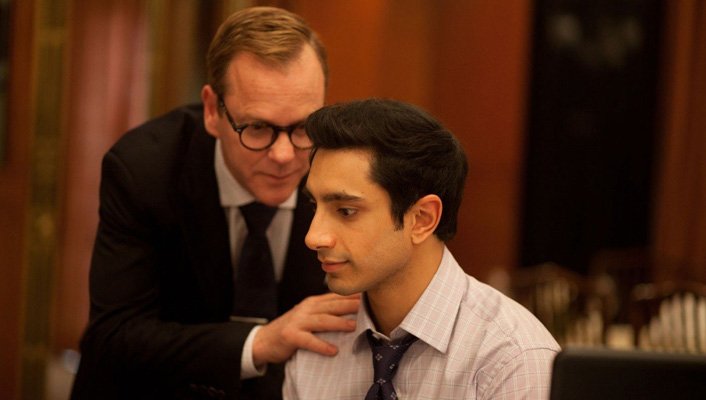 After cracking a few jokes with the staff here at Nerdrep.com about this film being the prequel to The Constant Gardener, I sat down for a viewing not really knowing anything about it beforehand. After its slightly inflated 130-minute runtime, I wouldn’t say I was disappointed by any means. The Reluctant Fundamentalist is well acted, directed, and filmed, but unfortunately suffers from plot flow problems and a serious case of ADHD.

The Reluctant Fundamentalist stars Riz Ahmed as a man climbing his way up the corporate ladder on Wall Street, trying to follow his dreams after growing up in Pakistan. He makes his bank, he falls in love, and then 9/11 happens and his life begins to unravel. His character, Changez, is as American as anyone but begins being treated poorly by the citizens of Manhattan because of the color of his skin.

The problems with the script, however, stem from his story being told through flashbacks during a conversation in present-day Pakistan between Changez and Bobby, Liev Schrieber’s journalist-turned-CIA-spook. Bobby is trying to find out where a hostage is throughout the movie, which ends up playing out a bit like Slumdog Millionaire. Not because I’m racist and think Pakistan and India are the same thing, but because each bit of conversation regarding Changez’s identity is revealed through the flashbacks, showing the audience how he got to the current point in time and how each step of the way affected him.

This could have been done incredibly well if more effort was put into writing the script, but unfortunately each piece of his past never really explains anything other than “this made me sad so now I’m potentially a terrorist but maybe not… but maybe!.” So the cavalcade of heart wrenching scenes where he is arrested for being of a certain skin tone in paranoid post-911 Manhattan, his relationship with Kate Hudson’s character falling apart, and Kiefer Sutherland barking in his face until he decides he hates capitalism end up being their own little movies that don’t really make sense as part of the whole. The scenes with Liev Schrieber end up being their own movie as well, with a serious disconnect with what they were trying to attempt.

That said, the direction in each specific scene is solid, the acting from the principal cast borders on sublime, and the movie is gorgeous with a really great soundtrack backing it up. It’s an injustice that they couldn’t tie it all together.