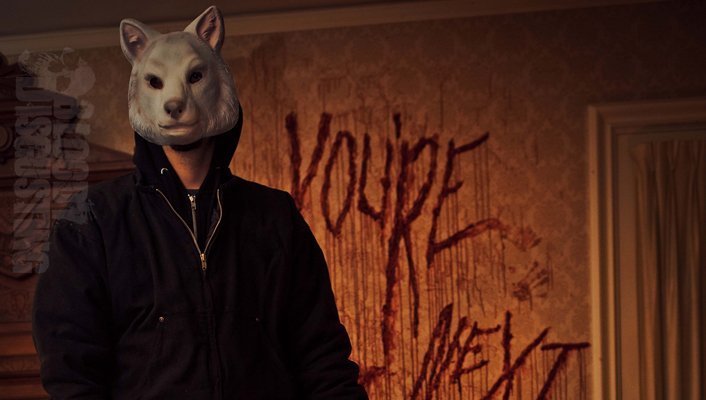 On the surface, You’re Next looks like another boring entry in the endless catalog of home invasion slasher films. A family has gathered at their vacation home in a remote location, and as they sit down to dinner, a crossbow bolt flies through the window and buries itself in the forehead of the eldest daughter’s new boyfriend. Panic ensues.

With the house under siege by an unknown number of assailants – all of whom wear spooky-as-hell plastic animal masks – the family buckles down to prepare for the horror to come. Savvy audience members might think they have the film pegged at this point, but it suddenly takes a wild left turn and becomes a hell of a lot more intriguing than the marketing material might have you believe.

Director Adam Wingard (V/H/S, The ABCs of Death) continues to establish himself as one of the most unique voices in the new generation of horror filmmakers, and without wandering into spoiler territory, I’ll say this: You’re Next is one of the most original and inspired horror films in a very long time, and the most fun I’ve had with the genre since 2012’s brilliant Cabin in the Woods.