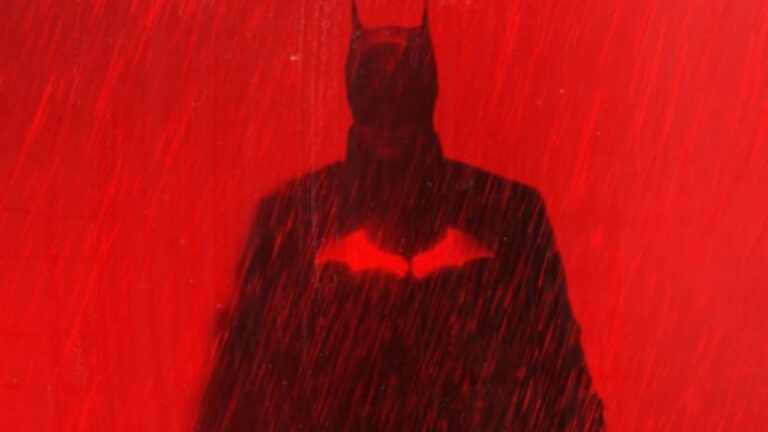 If you like your Dark Knight extra brooding and exceedingly gritty, then director Matt Reeves’ new franchise reboot The Batman has a treat in store for you. This breathtakingly cinematic revision of the Caped Crusader sees Robert Pattinson don the cowl in one of the darkest, yet impressively unique incarnations of the beloved character ever on film.

The story follows Bruce Wayne in his second year as The Batman opening this film up to a previously uncharted time frame for the hero. This wisely helps Reeves’ version avoid all the overdone plot beats in the franchise to date, including making us suffer through another retelling of the death of Thomas and Martha Wayne, etc. Indeed, one of the strongest elements of the film is how much new ground and fresh ideas permeate The Batman with little or no retread of the character’s history from any medium, whether live action or comic book.

For example, the relationship between Jim Gordon (Jeffrey Wright) and Batman has the duo actually doing detective work for a good portion of the film, fixing a major fan complaint from the franchise about a character dubbed “The World’s Greatest Detective.” Wright is just terrific as Gordon and his buddy cop chemistry with Pattinson’s Batman is a joy to watch as they circumvent the GCPD to find a killer.

Obviously a big question mark (heh) of the film is Pattinson himself, and the good news is the actor does the role justice. Most of my complaints about this version of Bats stem from directing and story choices rather than the talented actor’s performance. Much of the film shows Bruce as a cold, reclusive jerk, especially towards the sadly underdeveloped character of Alfred (Andy Serkis), but the climax rectifies most of that by showing it was part of his character arc to grow into his role as the hero of Gotham.

A Batman film is normally only as good as its villains and The Batman surely packs the roster with some truly memorable portrayals. Obviously, The Riddler (Paul Dano) is the central antagonist and has the most drastic revision of any character in the film. The question-themed villain is less about green tights and more about serial killing like he just binged the entire SAW franchise. Dano is a revelation and absolutely terrifying in the role, taking the film into some shocking turns and down to some extremely dark places.

Always towing the line between good and evil, Catwoman (Zoe Kravitz) finds herself entangled with Batman as they work together to solve her own solo mystery involving Carmine Falcone (John Turturro). The petite feline gets the only warmth (albeit minimal) from Batman in the first 2/3rds of the film. Kravitz and Pattinson have clear sparks and despite the goofy cat burglar mask she wears, the actress kicks some serious butt in Catwoman style (whip and all), and Turturro’s intimidatingly calm take on Carmine Falcone is also my favorite performance in the entire film.

One piece to the puzzle that doesn’t fit so well is the odd inclusion of a heavily prosthetic-enhanced Colin Farrell as mob general Oswald Cobblepot aka The Penguin. The actor is unrecognizable in the impressive make-up, but constantly chews the scenery as he regurgitates his best Robert De Niro impression in his take on the classic Bat-villain. In a film where everything is quite serious and subtlety is key, his character seems out-of-place despite providing some of The Batman‘s very few laughs.

Reeves doesn’t drop the ball on the action though. The car chase teased in the marketing is edge-of-your-seat awesome and will quickly rocket Pattinson’s Batmobile to the top of many fans favorite lists, and the hand-to-hand combat scenes are visceral to the point you feel every punch and possibly have to look away. There’s also quite of few suspenseful scenes that don’t involve action at all, but still turn out to be some of the most memorable sequences.

As mentioned earlier, my main concerns in The Batman revolve around the choices that didn’t work. While these are minor nitpicks, Batman himself fights with very little finesse and zero stealth, instead opting to slowly walk in and out of every scene like a plodding Michael Myers stalking his kill. Not only that, but he does very little to hide himself, walking openly amongst the police and the general public. Also, at nearly three hours long, this film definitely had some fat to trim, and it’s a lot to ask of an audience to sit that long for a moody, drawn out noir comic book story. There are also a few cringey elements crammed into the final moments that feel awkward, but the good news is that the overall direction the story hints at for the inevitable sequel is very intriguing and another fresh avenue to take the franchise.