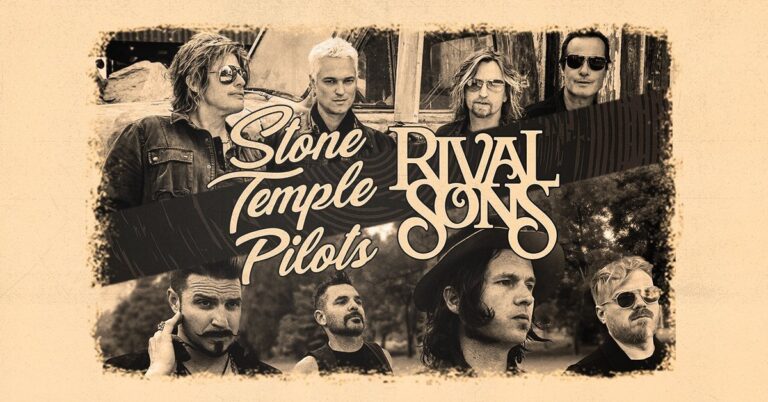 Stone Temple Pilots are getting back on the road this fall, and Rival Sons will be along for the ride on a 12-city co-headlining tour. Kicking off in Baltimore on September 13th at the MECU Pavilion, the outing will see both bands hitting smaller, more intimate venues including the Aragon Ballroom in Chicago, the Revention Music Center in Houston, and Phoenix’s Comerica Theater before wrapping up in San Diego on October 9th.

Tickets go on sale to the general public beginning today at 12pm local time at LiveNation.com.

The tour marks the first time Stone Temple Pilots and Rival Sons have been on the road together, and members of both bands expressed excitement at the opportunity. “We are thrilled about this tour and grateful to share these upcoming shows with Rival Sons,” said longtime Stone Temple Pilots guitarist Dean DeLeo. “A great band! They don’t make them like this anymore. Looking forward to seeing all of you!”

The tour will feature full sets from both groups, so fans won’t have to worry about not hearing some of their favorite tunes due to a shortened set. “We’re delighted to share the stage with the DeLeo brothers and STP! Not to mention performing together in some really great venues,” says Scott Holiday of Rival Sons. “These guys wrote some of the soundtrack to my childhood… and it’ll be killer to watch and listen to ‘em hit these gems every night!”