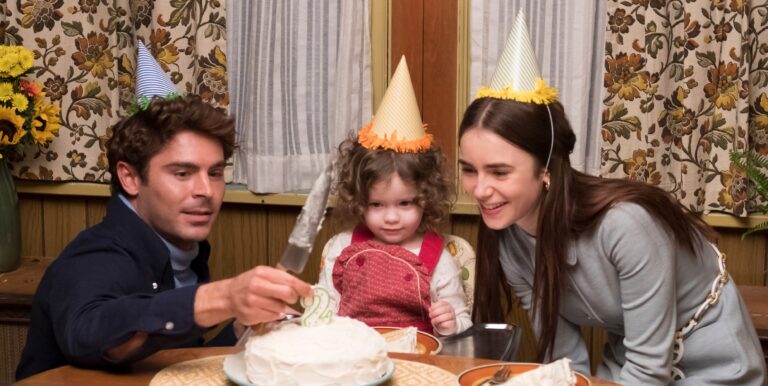 We first meet Ted in the days before his execution, when former girlfriend Liz Kendall (Lily Collins) visits him on Death Row. “Do you remember the first night we met?” she asks, and we flash back to their first encounter in a Seattle bar, where an awkward bit of flirting blossoms into romance. A single mother who works as a secretary, Liz can hardly believe she’s landed such a sweet guy, one who makes breakfast in the morning, showers her with gifts, and is almost never glimpsed without a cheerful demeanor.

But then it all starts to unravel: Ted is arrested in Utah on suspicion of kidnapping and assault. Surely, this must be a case of mistaken identity, especially when it’s revealed that investigators showed the only witness a photograph of Ted multiple times before she was asked to pick him out of a lineup. But then Ted also becomes a suspect in a series of unsolved murders in other states, and Lily finds herself increasingly unable to wave away the mounting evidence of Ted’s darker side.

Told primarily from Liz’s point of view, Extremely Wicked, Shockingly Evil and Vile perfectly illustrates why Ted was able to operate undetected for so many years: he was so handsome, charming and good-natured that it was nearly impossible for anyone — particularly young women — to believe he could be dangerous. This makes Efron the perfect choice for the role: he exudes charisma with every breath, but also captures the menace lingering just beneath the surface, and the arrogance with which Ted conducted himself in the presence of law enforcement.

But despite early accusations that Berlinger’s film seeks to glorify Bundy, the truth is that he’s actually shining a light on our seemingly endless fascination with serial killers. Bundy’s Florida murder trial was the first to be televised nationally, and he relished the attention of the cameras, which turned him into a nationwide celebrity. At one point he boasts “I autographed my own wanted poster. I’m more popular than Disney World,” and he’s probably not far from the truth.

Although most of Ted’s crimes occur off-camera, and he continues to profess his innocence long after being sentenced to death, Berlinger doesn’t let him off the hook for those actions, nor for his prolonged torment of Liz. There’s a brilliant scene during the film’s final moments, shot in extreme close-up, where Ted finally pulls the curtain back and allows Liz–and the audience–to glimpse the monster within. And it’s in that moment where we truly see just how fitting the film’s title is.